Mbappé lauds Messi over their partnership 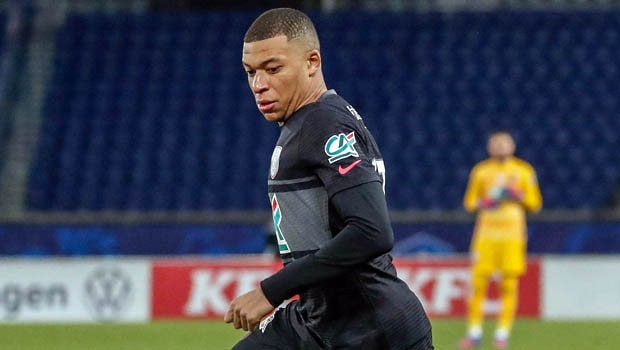 The duo is forming the partnership at the Parc des Princes and have built up chemistry in recent weeks. This looks certain to blossom as the season enters its critical stage.

Their scintillating best was obvious in Saturday’s 3-1 win over Saint-Etienne when Mbappé scored a brace, taking his tally to be 14 for the season. Mbappe was superbly assisted by Messi in scoring both goals.

Praising the seven times world footballer of the year,  Mbappe, after the victory over Les Verts, pointed to the adjustment period the former Barcelona man has had to endure since arriving in Paris.

While describing Messi as a great player, he expressed delight  for him as he begins adjusting to a new life, a new city, a new club,

Speaking with Paris-based newspaper Le Parisien, he said even if a player had won the Ballon d’Or seven times, he would have to adapt to the new environment.

He pointed out that that’s he’s getting better and better; Mbappe said the Copa America winner is happy, adding that he has always said it is better for the Paris club to have great Messi, as it’s easy to play with him.

The 23-year-old works cup winner has now equaled Zlatan Ibrahimovic’s tally of 156 goals for the capital club with his two goals in Saturday’s win.

Speaking on the milestone, Mbappé discussed said he is still learning his trade as well as his delight at playing alongside Messi.

With such abilities made of them, Mbappe pointed out that they have fun on the pitch as he continues to learn.

Meanwhile, Paris Saint-Germain will be without their top scorer in their next league game at third-placed Nice next weekend.

However, the World Cup winner will be available for the Champions League round of 16 second leg against Real Madrid at the Santiago Bernabeu in nine days’ time.