Posted by OLADIPUPO MOJEED on August 2, 2021 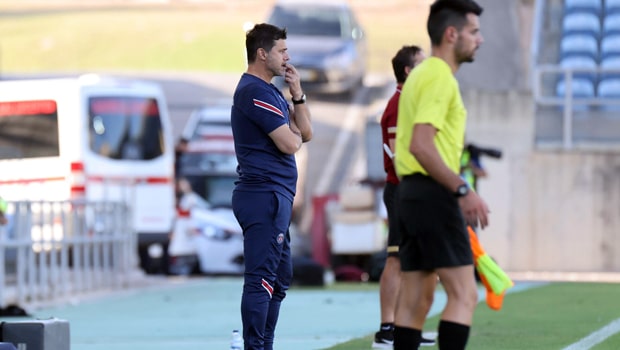 Lille has pipped Paris Saint-Germain to the first trophy of the season – Champions Trophy after a 1-0 win in Tel Aviv on Sunday.

The Paris club has once again started their season on a bad note after experiencing the same last season, except for winning last year’s edition of this trophy.

This is also Lille’s first Champions Trophy. Getting it against the winner of the last eight editions means more to come from the defending the Ligue 1 champions.

Although no excuse, PSG had to play the Ligue 1 champions without its star players, including Kylian Mbappé, Neymar, Angel Di Maria, Marco Verratti, and Marquinhos are all enjoying their vacation after participating in the Copa America and European Championships.

Meanwhile, Gianluigi Donnarumma, Sergio Ramos, and Gueye were also missing due to a positive COVID-19 test.

Mauricio Pochettino used a 4-3-3 that sees Danilo in sentry, Hakimi on the right of the defense with Diallo on the left, while Dina Ebimbe was in the middle.  Kalimuendo in the attack.

His counterpart, Jocelyn Gourvennec, in his first official match at the head of the Mastiffs, went for a classic 4-4-2 with Araujo and Bamba on the wings and an offensive duo Yilmaz-David.

PSG didn’t even take any risk against Lille most of the first half as Lille left the ball to evolve in the low block. They pushed PSG to leave spaces on the counterattacks, restricting them to just a single shot in the first period from Draxler.

In a match that sees Mauro Icardi helpless and frustrated, Lille allowed PSG possession while they counterattack.  Yilmaz was a thorn in the flesh of PSG’s defense, forcing Navas to a save in the 40th minute.

The 35-yer-old Turkish striker would later create the assist as he used his physique and released a pass to Xeka, who released a powerful strike from the right into the net to give Lille the lead on the stroke of halftime.

PSG continued their intensity in the second half, creating opportunities.  Diallo missed the target with a header, while Draxler’s recovery with his right foot went off targe.

Frustrated, Icardi thought he had equalised for the Paris club, only to be caught in an offside.

Since then, Lille held them with very solid defensive work during the entire game.