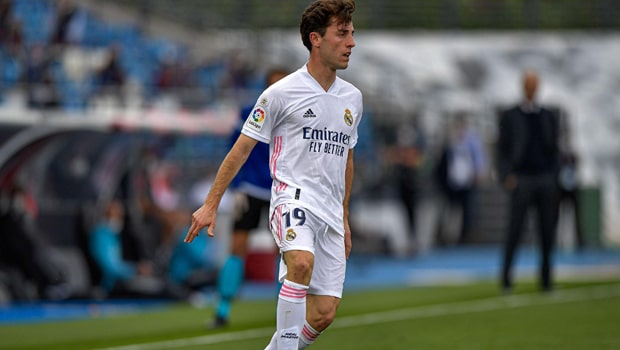 He becomes the third Real Madrid player to test positive after Karim Benzema and David Alaba this summer.

The development was revealed in a short statement on the club’s website on Saturday.

“Real Madrid can reveal that our player Odriozola has given a positive result in Covid-19,” Real published on their official website.

This means the player will not be a part of Real Madrid’s pre-season friendly against AC Milan on the 8th of August.

Real Madrid’s first and only preseason game so far was against Rangers at the Ibrox stadium in Scotland where they lost 2-1 to the Scottish Champions.

That game was played without French Striker Karim Benzema and Austrian defender David Alaba after both players, who played for their respective countries at the Euros, tested positive for COVID-19 on their return to the Los Blancos camp in July.

While both players may be fit to play against AC Milan in the pre-season, Carlo Ancelotti may decide to rest both players as Real Madrid will open their La Liga campaign against Alaves six days later.

The Los Blancos will then face Levante and Real Betis away from home before their first home game of the season against Celta Vigo on the 12th of September.

Real Madrid finished second behind their Madrid rivals Atletico last season and their title credentials are shaky going into the new season having lost Sergio Ramos on a free transfer to PSG whole Raphael Varane is on the verge of a move to Manchester United.

Nevertheless, Real Madrid has brought in David Alaba and managed to keep Karim Benzema at the club at least for one more season. They also hired Carlo Ancelotti after Zinedine Zidane left his role as the manager of the side.