Icardi not thinking of Inter return, PSG wants him 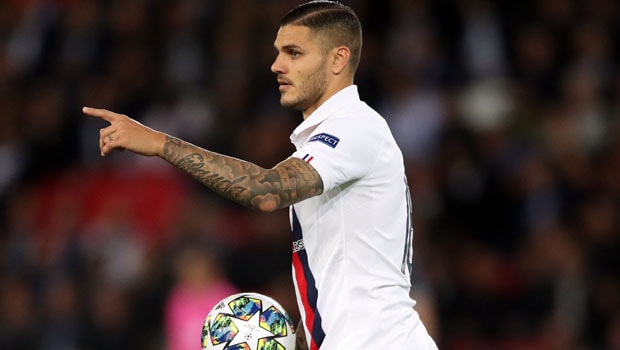 Letterio Pino, the legal advisor of on-loan PSG striker, Mauro Icardi, has said that he prefers to stay with the Frech Ligue 1 runaway leaders than return to his parent club, Inter Milan.

The Argentine striker is not in good terms with Inter’s coach, Antonio Conte, which forced him out of the club to PSG. He appears to be enjoying his stay at the club. This sentiment was shared by his legal advisor while speaking with Radio Kiss Kiss.

Pino believed that Icardi has the desire to stay with the Ligue 1 side, adding that the club’s director, Leonardo wants him there.

There have also been speculations that out of favour striker, Edison Cavani may be heading to Inter. The Uruguayan might be part of a swap deal for Icardi to secure a permanent move to the French capital.

Although there are also speculations that PSG may not activate the €70m  buy out clause in Icardi’s contract, Pino is confident that the poacher would not be returning to Inter at the end of the season.

Speaking further, Pino noted that Leonardo is aware of Icardi’s quality and his contributions during the season. Although HE missed some Champions League games, the legal advisor said that was because there were 18 other very good players at the club.

While stating that Leonardo wants to keep him at the club, he is hoping that PSG will do the same.

Speaking on other characteristics of the striker, he said he is a lovable lad loved by everyone.

On the interest from Napoli in case PSG fails to snap him up from Inter, he said Napoli’s president, De Laurentiis have always done everything to try to sign Icardi. He also stated that his client would have loved to stay at Inter and didn’t want to betray the Nerazzurri fans by joining the Naples club.

He further explained that Napoli was in the right place at the wrong time last season, he added that in case PSG failed to activate the clause, Icardi will decide with Inter and Wanda Nara about his future.