Posted by Ayotunde Omolayole on November 5, 2019 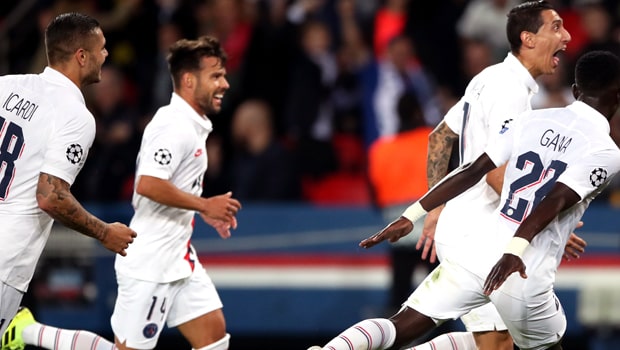 Another weekend of pulsating league action took place across various centres in France. Only nine of the scheduled ten games for Week 12 were played this weekend. The encounter between Nimes Olympique and Stade Rennais FC had to be postponed after the game was washed out due to torrential rain.

The shock of the weekend was the 2-1 defeat Paris Saint Germain FC suffered away at Dijon FCO. The Parisians looked set for a routine win when French striker Kylian Mbappe put them ahead in the 19th minute. The home side, however, had other ideas. Coach Stephane Jobard’s team rallied equalising just before half time through Mounir Chouiar, as both sides went into the break level at 1-1.

The Reds started the second half in stunning fashion scoring of their first attack of the second half. Striker Jhonder Cadiz went on a run, dribbling past a few PSG defenders before firing past goalkeeper Keylor Navas to give the home team a surprising 2-1 lead.

PSG responded with relentless attack after attack but were unable to break down a determined Dijon Side that held on for a famous win. Despite the loss, PSG remained top of the League staying on 28 points. Dijon moved a few spots to 16th place having garnered 12 points from the same number of matches.

Surprise team of the season Angers SCO continued their march up the league table with a slim 1-0 victory over relegation-threatened RC Strasbourg. The win left the home side based in the western part of France on 22 points second behind PSG.

Olympique Lyonnais continued their revival under new manager Rudi Garcia away to Toulouse FC. Dutchman Memphis Depay was on target twice for the seven-time League champions as they overcame the home side 3-2 to move up to 10th place with 16 points.

For the rest of the weekend matches Fc Metz played out an entertaining 2-2 draw against Montpellier HSC while AS Saint-Etienne, OGC Nice and Amiens SC posted respective 1-0, 2-0, 1-0 home wins over AS Monaco, Stade de Reims and Stade Brestois 29.

The League continues next weekend as Champions PSG attempt to win their seventh straight league title.

PSG are fancied at 1.02 to retain their Ligue One crown this season, while closest rivals Lyon are backed at 37.00.