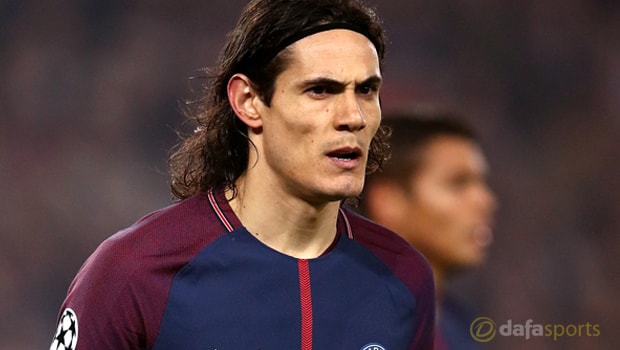 Edinson Cavani says he has no issue with Paris Saint-Germain team-mate Neymar and will welcome back the Brazil superstar from injury.

Outgoing coach Unai Emery has revealed the €222million signing from Barcelona is expected to rejoin the PSG squad in the coming days after recovering from a fractured foot.

Neymar has scored 28 goals in 30 competitive appearances for the capital giants but has courted unwanted headlines because of his strained relationship with fellow striker Cavani.

The pair famously fell out over set-piece duties and tensions boiled over again when Neymar, who had already scored a hat-trick, insisted on taking a penalty at the end of an 8-0 mauling of Dijon, denying Cavani the chance to surpass fans’ favourite Zlatan Ibrahimovic as PSG’s record goalscorer.

Uruguay international Cavani said he hoped clear-the-air talks with his team-mate had resolved any differences – but stressed Neymar must accept he has to put team objectives beyond personal ambition.

“It is true that there was a problem at that time with Neymar,” 27-goal striker Cavani told RMC Sport.

“We spoke about it together – I told him that I was the first to want him to win things individually.

“However, I told him there was a condition and that was that he must put the squad’s collective objectives first.”

PSG can end the season by winning a domestic treble if they beat third-tier Les Herbiers in the Coupe de France final at Stade de France on May 8.

Neymar has not played since suffering a broken metatarsal in the 3-0 Ligue 1 win over Marseille at the end of February and faces a race against time to prove his match fitness ahead of the 2018 World Cup in Russia.

Brazil are quoted 5.50 joint favourites with Germany in the World Cup 2018 outright winner betting and Neymar is currently priced 10.00 in the top goalscorer market.