Cavani: Tuchel not ready to lose a player 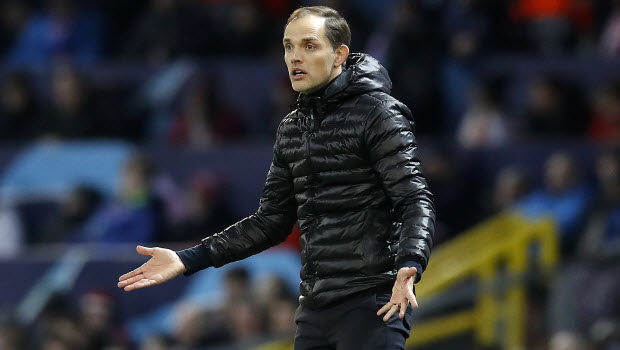 Paris Saint Germain manager Thomas Tuchel has finally reacted to the transfer request tendered by the club’s all-time highest goal scorer, Edison Cavani who was out of action due to injury, has found himself down the pecking order of Kylian Mbappe, Neymar, and Mauro Icardi.

Speaking before PSG’s Coupe de la Ligue BKT semi-final clash away to Reims, the coach said the top club doesn’t want to release any player at the moment. So, the German would prefer to have the Uruguayan with him and fight for the starting shirt.

Recall that the club director, Leonardo, after PSG’s 1-0 Coupe de France round of 32 win in Lorient on Sunday night, confirmed that the striker who has scored 198 goals for the club in all competition since his arrival in 2013 asked to leave the club.

His main competitor in the team is on-loan striker, Icardi, who could make his deal permanent from Inter Milan as Antonio Conte is not ready to field the Argentine striker in his team.

With Cavani yet to return from an injury lay-off, he has been frozen out of the starting line up.

Speaking on the development, Tuchel said he likes his squad, and he is unwilling to see any player leave.

Although he admitted that the inevitable might happen as it is the reality, he said Leonardo had told the press the current situation of things, adding that Cavani still remains PSG’s player, and he is glad it’s still like that.

He, however, said that the team would have to adapt If things change, admitting that it’s not an easy situation for the forward who wanted some game time.

He commended him for staying positive and continued to show his professionalism. He added that with his return, he could slot in for anyone in the front role in case there is any injury.

Cavani has not been lucky with injury. He has been battling groin strain since January 13 and cannot currently fight for a place. This has increased the likelihood of him making a move during the winter transfer window rather than spending the rest of the season on the bench. Icardi is in his prolific form with his partnership with Kylian Mbappé, Neymar, and Angel Di Maria.

Cavani is priced at 105.00 to win the topscorer in the Ligue one. While teammate, Kylian Mbappe is 2.00