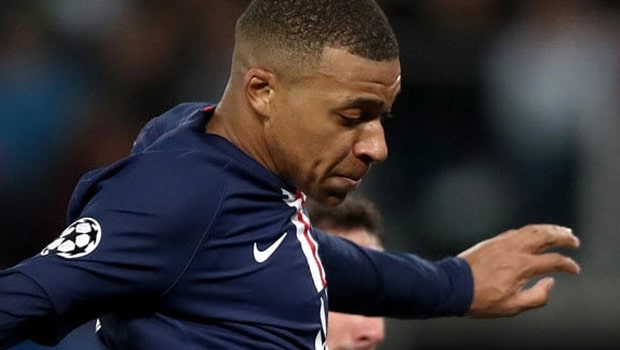 French forward Kylian Mbappe scored a hat-trick as Paris Saint-Germain put a foot into the quarter-finals of the UEFA Champions League on Tuesday with an emphatic 4-1 victory over Barcelona and at the Camp Nou.

Barcelona led in the first half in the 27th minute through a Lionel Messi penalty but the lead didn’t last for five minutes before Mbappe scored his first goal of the night via a Verratti assist.

Both teams went into the break level but Mbappe struck in the 65th minute. Former Juventus striker Moise Kean made it 3-1 five minutes later.

Mbappe then became the third player ever to hit a Champions League Hattrick against Barcelona with another goal five minutes from time.

Faustino Asprilla and Andriy Shevchenko are the other two players who managed a Champions League hat-trick against Barcelona.

Before the game, PSG was denied of Neymar’s availability because of injury but the former Monaco forward, and 22-year-old French World Cup winner with France at the 2018 FIFA World Cup in Russia, stood tall to take the ball home with his well-taken goals.

Interestingly, before the game on Tuesday, Mbappe had just one goal in nine knockout stage matches for PSG.

Barcelona will shift attention to the La Liga where they will face Cadiz at the Camp Nou on Sunday while PSG will play Monaco on the same day at Parc Des Princes.

La Liga side Sevilla will play against Dortmund on Wednesday in the first leg of their Round of 16 clashes.