Radonjic driving Marseille to a new level with brilliant displays

Posted by Olumide Akinnifesi on December 4, 2019 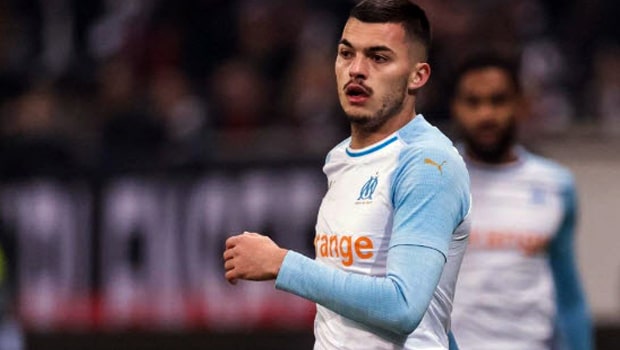 Marseille star Nemanja Radonjic has been pushing the club to a whole new level after series of excellent performances for the club.

Many had thought this is yet another failed transfer or players who failed to lived to expectation when he joined the club. A few weeks back, Radonjic faces heavy criticism for being sloppy and clumsy in front of the goal, coupled with his lack of togetherness to bond with the team. He became the laughing stock as the fans weren’t too happy with him.

After the [Radonjic] joined from Red Star Belgrade last season 2018, the left-winger took a downturn in his form. His failure to score took the team sideways as much was expected of him. This cost the team a place in the Champions League. He was an absentee in the Europa League squad [second tier Europe competition].

After Andre Vilas Boas was appointed as a successor to Rudi Garcia, the new manager had faith in the winger and included in the starting lineup for Marseille’s first game of the season. His performance wasn’t convincing enough and was replaced during the 57th minute. Since then, he was dropped for the next four games as he fell from the pecking order.

He, however, failed to give up as he came on as a substitute when Florian Thauvin got injured. His goal pushed Marseille up the log. His goal against Toulouse two weeks ago gave him much needed confidence as he went on to score against Brest as his goal was the difference.

The gifted midfielder ran down the left-wing, cut inside and curled it into the top right corner to secure a 2-1 win for the nine-time French champions.

Strootman praised the player and said, ” hopefully, this will give him a boost to trigger his goal-scoring form.”

Club skipper Steve Mandanda also acknowledged Radonjic saying, ” he’s got incredible skills. He needs to be more consistent. It’s been two games he’s come on as a substitute. I can feel his confidence”.