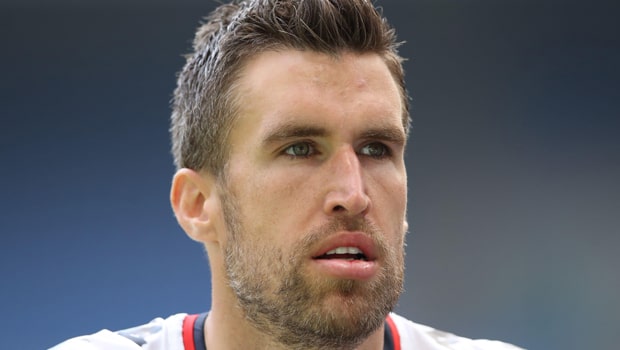 Cagliari has confirmed the development. The Dutchman spent last season on loan at another Italian club Genoa.

Still relating to transfer news, Marseille has also extended the contract of Spanish center-back Alvaro Gonzalez. It could be recalled that they had last week announced the signing of young American winger Konrad de la Fuente from Barcelona and Brazilian midfielder Gerson from Flamengo.

This has now been followed up with the arrival of Cengiz Ünder on loan from AS Roma. The Turkish forward arrived at the club on Sunday. The Ligue one club has also announced that it has signed Leonardo Balerdi permanently from Borussia Dortmund after playing for the club on loan last season.

Balerdi, who played 25 games for Marseille last season, has now penned a five-year deal. The young Argentinian defender also scored two goals after earning a starting place in the second half of the campaign.

Meanwhile, 23-year-old Ünder, 23, has an option to sign permanently with the club that will pay S Roma up to 500,000 euros as a loan fee. According to the report, Marseille will pay  €8.4 million depending on certain sporting criteria if they sign him permanently. The Serie A club will also make 20% from his future transfer fee if sold in the future.

Under has 32 caps, nine goals for Turkey that could only score a single goal at the Euro 2020 tournament. Having joined Roma in 2017, he was loaned out to Leicester and was able to play just nine games for the Foxes without scoring a goal.