Lille back to winning ways as Marseille drop points

Posted by OLADIPUPO MOJEED on December 16, 2019 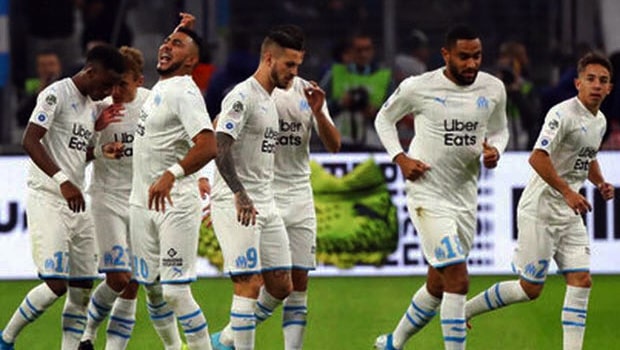 Although it was seven straight games for Olympique de Marseille without defeat, they ended their weekend with a draw against Metz.

Although, Marseille which is occupying the second spot on the Ligue, one table had gone behind through Opa Nguette before it was canceled out by second-half substitute Nemanja Radonjic who had only started three Ligue 1 games this season and 10 in total following his move from Crvena Zvezda during the winter transfer.

In the other game, Imran Louza’s first-half 16 yards strike for FC Nantes at the Stade des Costières compounded the relegation worries of Nîmes Olympique on Saturday.

The host which needed to better their fortune is rooted in the 19th position on the French top division table. The win moved Nantes closer to the Europa League spot with two points above Reims occupying the 6th spot.

Conceding 11 goals and scoring none in their last three games, Nimes has now gone 11 Ligue 1 matches without a win, taking just four points in that time.
Brest 0-0 Nice

In another development, OGC Nice ended their losing streak away from home on Saturday. They held Stade Brestois to a nil draw after Gaëtan Charbonnier missed a penalty that would have given the host the maximum points at the Stade Francis-Le Blé.

Patrick Viera’s men are yet to record a win in seven away league outing. Although, this result has halted their run of six straight losses on the road.

AS Monaco will have their goalkeeper, Benjamin Lecomte, to thank for leaving the Stade Raymond-Kopa with a point after playing out a 0-0 draw with Angers SCO on Saturday.

Angers couldn’t get the win they craved for in their final home game in 2019, which coincides with an occasion to celebrate the club’s centenary.

With this result, the two match winning streak of Monaco has been halted as they occupy the 9th position on the table with the hope of battling for European places.

The dry run in front of goals for Angers continues with just four goals in 10 Ligue 1 outings since the start of October.

The hosts got to the driving seat five minutes before the end of the first interval at the Stade Pierre-Mauroy via Ikoné’s a penalty after Victor Osimhen was upended in the area by Montpellier goalkeeper Geronimo Rulli.

The host rued their missed chances in the game when Montpellier equalised with 16 minutes from time when Arnaud Souquet delivered a cross from the right that was assisted by Florent Mollet for Andy Delort to score at the back post.

Lille regained their lead, which would be match-winner when Sanches collected Ikoné’s flick and cut into the box from the left before firing past Rulli six minutes to the end of the game to secure maximum points for the hosts.