Vieira will remain with Nice 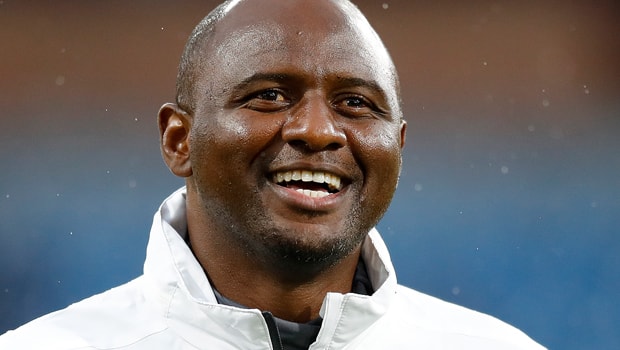 OGC Nice has confirmed that it will continue its engagement with its manager, Patrick Vieira.

This was confirmed by Nice’s director of football Julien Fournier. He stated that the club is excited to continue its relationship with the former France international.

Viera had taken the Côte d’Azur club to a European finish in 2019-20 after the season was ended abruptly due to COVID-19 enforced lockdown. The French government has ordered that football action will resume in the country until September.

This means that Viera will continue his project with the club after leading them to a fifth-place finish in the Ligue 1 Conforama last season.

With PSG declared champions, the club had begun preparation for the summer transfer window as Vieira continues his third year engagement with them.

Speaking on the development during the confirmation, Fournier said discussion about his status at the club is not debatable as he will be on the bench next season, adding that they are on the same page in terms of vision towards the club development.

Concerning their transfer business, Nice won’t be making the loan deal of the likes of Adam Ounas for Napoli, Moussa Wagué from Barcelona, and Riza Durmisi of Lazio permanent. The trio have returned to their respective clubs.

This has, therefore, opened the door for academy players with Malang Sarr tipped to be integrated into the club’s attack next season. The youngster is believed to be the next star of the club due to his promising career development.

Nice is also expected to keep their star players, like Danish striker Kasper Dolberg and Algerian winger Youcef Atal, with some clubs looking forward to tendering bids for them.

However, Fournier is not worried about the speculations surrounding the duo, saying that they are going nowhere and will be part of the club next season.

According to reports, the club is planning to keep Argentine goalkeeper Walter Benitez as negotiation continues with his agent.

Fournier also noted that the club is attractive to young players because of its success, charismatic coach, and reputation.