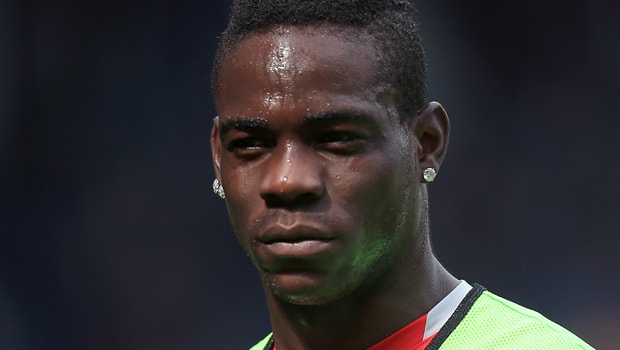 Nice boss Patrick Vieira does not expect Mario Balotelli to remain with the club beyond the end of the summer.

Italy international Balotelli has made no secret of his desire to leave the Allianz Riviera and he was unavailable for Nice’s opening match of the new Ligue 1 season against Reims on Saturday after failing to report for pre-season training.

The 28-year-old has spent the last two seasons with Nice and he has impressed during his time in France, netting 33 goals in 51 league appearances and Vieira admits the club will do all they can to help their want-away star find a new team.

“We want players whose desire it is to go forward with the club.

“It’s a very complicated and difficult situation, so the club will try to do whatever is possible to help him leave.”

Balotelli does not appear to be short of suitors and he has been heavily linked with a move to Nice’s Ligue 1 rivals Marseille.

However, one team it appears the former Manchester City forward will not be joining is Napoli, as their president, Aurelio De Laurentiis, has reiterated that they are not interested in making an offer.

Nice finished eighth in Ligue 1 last season and they are an outside bet at 251.00 to be crowned champions of France this term.