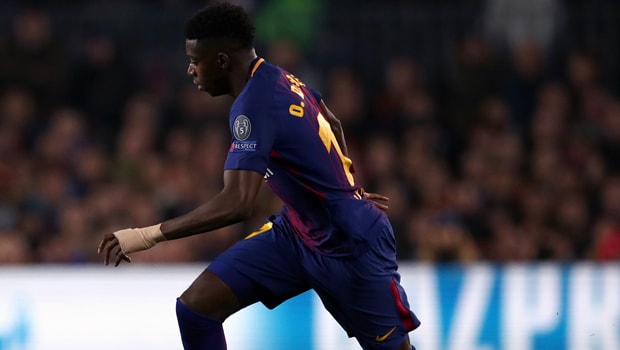 Barcelona boss Ernesto Valverde praised the performance of Ousmane Dembele as his side secured a 2-1 victory over Sevilla in the Supercopa de Espana on Sunday.

France international Dembele endured a frustrating first season at Camp Nou, as injury and a dip in form limited him to just 14 starts in all competitions.

Indeed, the 21-year-old has been linked with a move away from the club over recent weeks, but he underlined his quality during Sunday’s domestic curtain-raiser in Tangier, as he netted the winning goal with just 12 minutes remaining.

Valverde does not know whether the goal will boost Dembele’s confidence going into the new season, but he was certainly pleased with the way the former Borussia Dortmund star performed throughout the contest.

“I don’t know if he needs matches like today, that is a question for him,” Valverde told reporters, after he was asked whether the goal would boost Dembele’s confidence.

“He is with us and we have high expectations for him. He has great quality and is here with us.

“He took part and he scored a goal, which I think is something to be happy about. As the game went on, he got better.”

Valverde is now hopeful the Supercopa victory will stand his side in good stead when they begin the defence of their La Liga title against Alaves at the Camp Nou on Saturday.

He added: “It is good to win because it boosts you in what you’re doing and allows you to start the season in a positive way.”

Barca finished 14 points clear of nearest rivals Real Madrid in the La Liga standings last season and they are priced at 1.75 to be crowned champions once again this term.