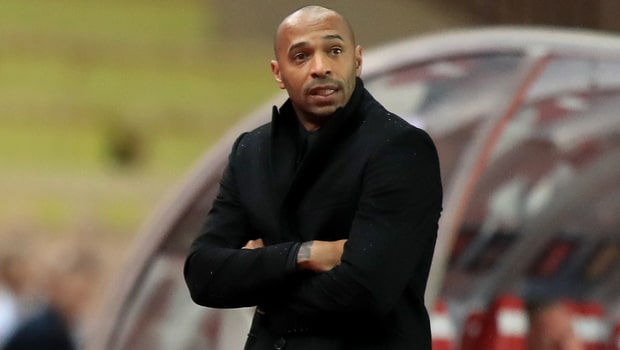 Monaco are set to sack manager Thierry Henry after just 20 games in charge.

The club have suspended their boss, though press reports suggest that is merely procedural and the ex-Arsenal goalscorer has already left the club.

Earlier this week Henry had warned that Monaco’s players must be prepared for ‘war’ this season if they are to stave off relegation.

The Ligue 1 side are three points adrift of safety in the relegation zone having won only two of 12 league games since Henry took the helm in October.

They suffered a 3-1 Coupe de France defeat at home to Metz on Tuesday, sparking reports that Henry would be sacked.

The former France international suffered a nightmare after he took over from Leonardo Jardim, signing a deal until June 2021 with the club that finished runners-up in Ligue 1 last season.

Despite that rocky start, Henry had vowed to keep fighting when he spoke ahead of this weekend’s vital Ligue 1 clash at Dijon, who are currently two points and one place above Monaco.

“In Dijon, it’s going to be war. Same as Guingamp on Tuesday,” Henry had told the club’s official website.

“It is absolutely necessary to get something in Dijon this weekend.”

His side had not managed a single home win during his stint as manager, something the former Monaco forward was at a loss to explain.

The team makes more mistakes at home than away,” he added. “It’s in those moments where we have to be united, where we have