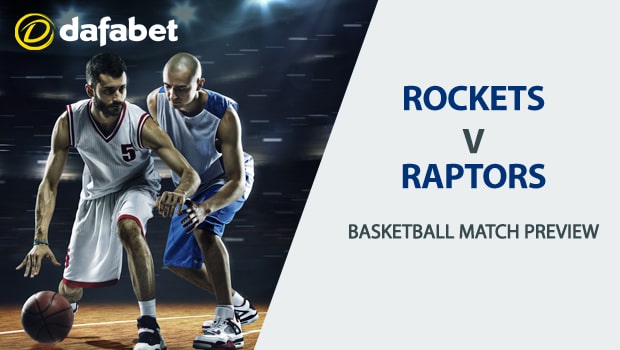 We’ve got some must-see action Friday night in Houston as the Rockets host the Eastern Conference-leading Toronto Raptors. It’ll be matchup No. 31 between James Harden and Kawhi Leonard in each of their respective careers.

Harden vs Leonard: Of 30 career games against each other, Harden has 14 wins compared to Leonard’s 16; Harden does have 6 playoff wins vs Leonard’s 5. Harden has averaged 23.9 points, 5.6 rebounds and 6.6 assists in his 30 games between them; Leonard averages 16.9 points, 6.6 rebounds, and 2.4 assists. Harden’s game-high vs teams Leonard is on was 43 points; Leonard’s high is 39 vs Harden-led teams.

Scoreboard: Heading into their matchup with the 76ers earlier this week, Houston had scored 130-plus points and allowed 130-plus in back-to-back games — the first time an NBA team had done that since 1990. They gave up 121 on the road vs Philly, and scored just 93.

With or Without: Houston is 10-5 straight up thi season without Chris Paul.

On a Roll: Harden is currently on a 20-game streak of scoring at least 30 points each game — the fourth-longest streak, only behind Wilt Chamberlain.

Trend: Over the last four seasons, Houston is 44-62-2 against the spread (ATS) against the eastern conference. According to The Action Network, that’s the second-least profitable team against Eastern Conference teams in that span.

For Houston, James Harden is projected to finish with 36 points, 9 assists, 7 rebounds, 2 steals and 5 TOs.

Rockets to win at home.

Houston wins 55-to-56 percent of AccuScore simulated matches. The average score in sims is 121-120, in favor of the Rockets.