Posted by OLADIPUPO MOJEED on February 9, 2020 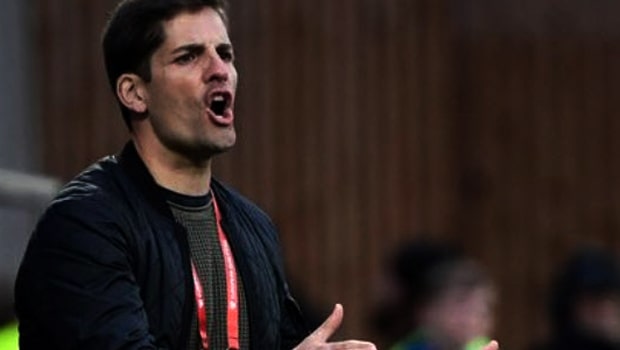 The manager of AS Monaco has lauded his squad, especially his forwards, describing them as incredible.

The commendation is coming on the heel of two straight wins after a 2-1 over Amiens SC on Saturday.

The former Ligue 1 champions had fallen behind to Serhou Guirassy’s early opener before rallying back to take the maximum points through Wissam Ben Yedder and Islam Slimani. With the two goals coming from the strikers, Ben Yedder has scored his 16th goal of the campaign while Slimani has eighth under his belt.

With Moreno at the helms of affairs on the pitch, things are looking good for the principality side. The former Spain national team coach showered praise on all his forwards and not just the goalscorers.

Although he acknowledged that his lads made a few tactical errors in the first half, Moreno expressed delight at correcting the mistakes in the second interval.

Speaking at a post-match conference, Moreno said the team is still work-in-progress after joining the side a few weeks ago, adding that they must continue to work in all areas.

Describing the Algerian forward as a great player, Moreno said the principality club boasts of an incredible attack with top-level players.

While expressing delight at the strikers, the coach also praised the whole squad, saying they have put in great efforts, like Stevan Jovetic and Keita Baldé.

With Monaco’s attack having Ben Yedder, Slimani, Keita, and Jovetic as strikers, there is a healthy competition in the squad. With this competition, it remains to be seen who gets the nod as the set to play  Montpellier Hérault SC on Friday.

Having turned a corner that led to good results, the principality club is now occupying the 6th spot on the log with 35 points, six points adrift Lyon that is occupying the third spot- the final Champions League qualifying slot.

With the season not over yet, Moreno’s men can push for Europa League places and end the season on a high after surviving relegation last season.