Real Madrid Come Back From Behind To Beat Osasuna 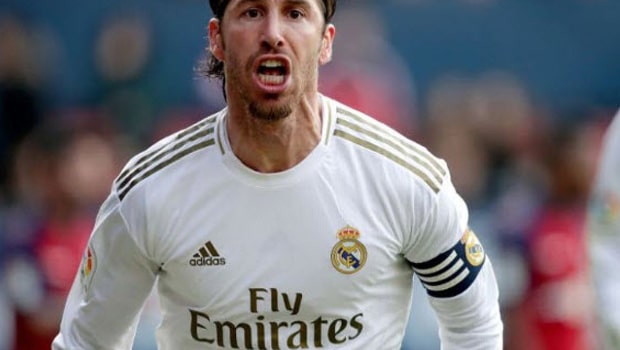 Real Madrid on Sunday evening came from behind to get a 4-1 victory against Osasuna in the Spanish La Liga in a game played at the Estadio El Sadar.

The result means that Osasuna has now lost three games on the bounce in all competitions after their 3-1 loss to Real Sociedad in the Copa Del Rey before losing to Villarreal with the same scoreline.

Defender Unai Garcia gave the home side the lead in the 14th minute, but Spain International, Isco equalized for the Galacticos in the 33rd minute.

Five minutes later, captain Sergio Ramos scored a goal of his own from a Casemiro assist in ensuring that Zinedine Zidane’s men went into the break with the lead.

The second half was a bit dry for the early stages before Lucas benefitted from a Karim Benzema assist in the 84th minute while Luka Jovic, signed from Frankfurt, scored only his second goal from as many games with his late strike moments before the final Whistle.

The win ensured that Real Madrid stretched their unbeaten run in the league to 14 games, and they strengthened their spot at the top and extended their points gap at the top to six points pending Barcelonas’s visit to Real Betis.

Real Madrid will next face Celta Vigo at the Santiago Bernabeu on the 16th of February. Celta Vigo on Sunday moments after Madrid’s win beat visiting Sevilla 2-1 in a similar manner.

Celta had gone behind in the first half in the 23rd minute via Moroccan Youssef En Nesyri strike, but the hosts began a late comeback through Iago Aspas’s strike 12 minutes from time.

Denmark striker Pione Sisto secured the win in the 91st minute, the win is the side’s first in 5 games in all competitions.