Monaco keen to hold onto Thomas Lemar until summer 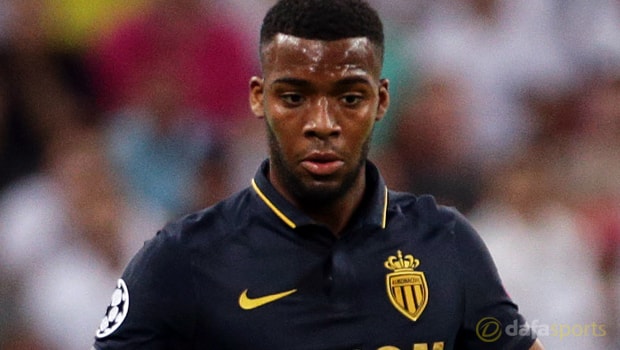 Monaco have conceded there is a ‘fair chance’ Thomas Lemar will leave the club next summer, but they’ll resist offers for their striker in the January window.

The 21-year-old has made more than 60 appearances for Monaco since arriving from Caen, while he now as eight full caps for France.

He was the subject of a £90m bid from Arsenal on transfer deadline day in August, but no deal was agreed.

Monaco have revealed the Gunners were close to getting their man, while they weren’t the only Premier League club chasing Lemar’s signature.

“Liverpool were really interested,” Vadim Vasilyev, Monaco’s vice-president told Sky Sports. “But it was Arsenal that was really close to finalising the deal.”

Having lost Kylian Mbappe to Paris Saint-Germain on deadline day, the Ligue 1 champions are reluctant to allow Lemar leave when the transfer window reopens in January, though Vasilyev admits that the player is more than likely to seek pastures new next summer.

“Definitely next summer will be something to look at, although you know in football there are no guarantees.

We had some players who were supposed to leave this summer but didn’t leave because of X, Y, Z.

I think it would be fair to say Thomas will have a fair chance to an exit next year,” he added.

“January, in football, never say never, but this is not what we’re thinking of, this is really not in our plans.”

Monaco are 13.00 to retain the French title this season, while they are 3.10 to defeat Lyon on Friday night.