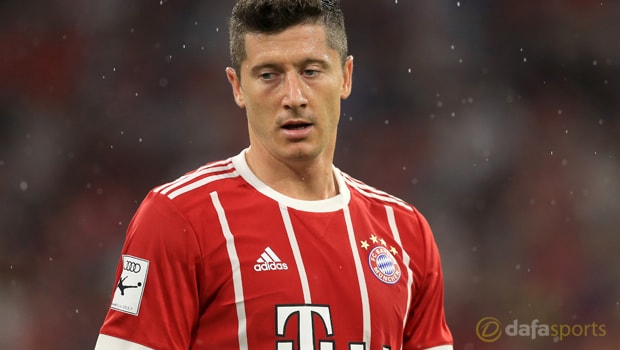 Robert Lewandowski has not given up hope of claiming both Bundesliga and Champions League glory this season despite Bayern Munich’s sluggish start to the campaign.

The Bavarians have already fallen five points behind Borussia Dortmund in the domestic standings, while their progress through to the knockout stages of Europe’s premier club competition remains far from certain following their 3-0 loss against Paris Saint-Germain.

Last month’s defeat in Paris certainly had repercussions for Bayern, as it led to the sacking of manager Carlo Ancelotti, with Jupp Heynckes returning to the club in his place.

Poland international Lewandowksi is hoping Bayern can return to their dominant best under Heynckes and he sees no reason why the Bavarians cannot claim success both domestically and in Europe this term.

“Now there’s a new season and a new challenge with the new trainer,” the 29-year-old told ESPN.

“Sometimes it’s not so easy if you are at a club that changes trainer during the season. But we have to push on now.

We are five points behind Dortmund, but there are a lot of games left until the end of the season.

“But in the Champions League, after our defeat at PSG, we have work to do to qualify. We have to play to the end.

Who knows? Maybe we will win the Champions League and the Bundesliga.”

Bayern face some potentially decisive matches over the coming days, as they first host Freiburg in the Bundesliga on Saturday before they face a crucial Champions League showdown with Celtic at Allianz-Arena next Wednesday.