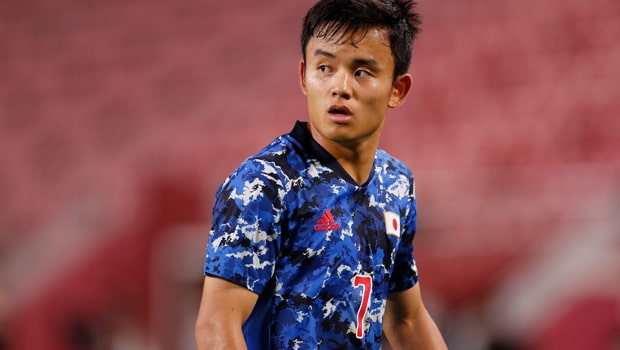 The player who featured heavily for his home country in the just concluded Tokyo 2020 Olympics spent the last season on loan at Villarreal and Getafe.

Although the team was relegated from the La Liga at the end of that season, they have secured immediate promotion to the top flight after a second-placed finish in the Segunda Division last season.

Real Mallorca beat Real Sociedad to the services of the winger who finished in fourth place with his Japanese national team in the men’s football event at the Olympics.

Despite moving to Real Madrid in 2019 from FC Tokyo, Kubo hasn’t made any senior debut for the Blancos but has featured for three La Liga clubs in different loan spells.

Spanish defender Sergio Ramos has since left for Paris Saint-Germain while Marcelo has been selected as the team’s captain going into the new season by newly appointed manager Carlo Ancelotti.

Carlo Ancelotti replaced Zinedine Zidane as the team’s new manager after the Frenchman resigned at the end of last season when the Los Blancos finished second in the La Liga and were trophyless altogether.

Meanwhile, the Los Blancos has been linked with a move for Kylian Mbappe who has reportedly made vocal his desire to leave the Parc De Princes this summer after the arrival of Lionel Messi at the Ligue 1 side.