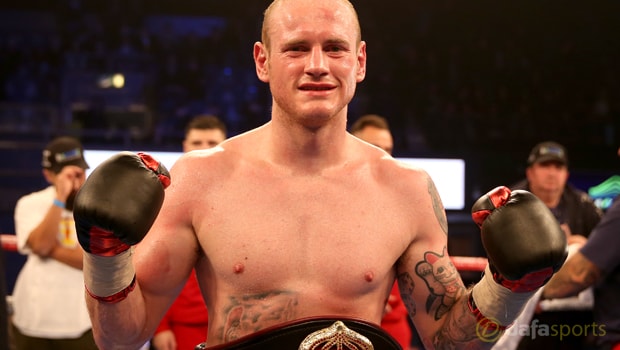 London fighter George Groves is adamant he is back to his best as he prepares for his fourth world title bout.

Groves will return to the ring this weekend to take on Fedor Chudinov for the vacant WBA ‘super’ belt at Bramall Lane on the undercard of Kell Brook’s fight with Errol Spence Jr.

The 29-year-old has lost two world title fights to Carl Froch while he was also on the wrong end of a narrow decision when taking on former WBC champion Badou Jack.

The Hammersmith fighter has been working with trainer Shane McGuigan for 18 months and claims he has found his sharpness once again.

Groves told Sky Sports: “If you think I am back to where I was, that is a fair comment, I just didn’t want to hear it for so long and was just shying away from it.

“People were saying ‘you were a good fighter, but you aren’t any more’ and we all wish people would give us fighters more credit, but I do feel all the good aspects I’ve got are working well.

“In the past they were being trained out of me and now they are back.

Now I am back boxing how I want to box and I just think, all round, it’s much better. “If things don’t go right for a reason it is my fault.