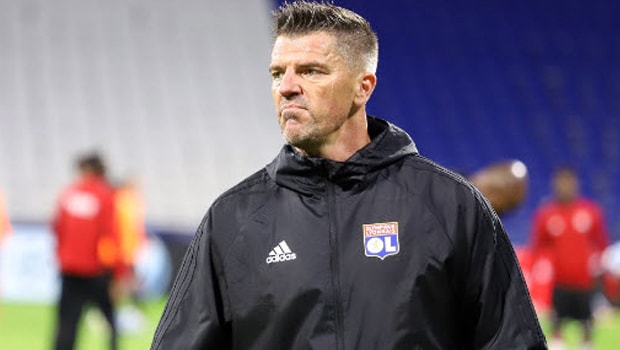 The Olympique Lyonnais legend had been filling that role at Lyon. He will now join his former teammate Peguy Luyindula, who is Dijon’s new sporting director.

Coupet will be taking over from Laurent Weber, who has been Dijon’s goalkeeping coach since 2012 after his contract ends with Lyon.

Speaking on the development, Coupet, who won seven Ligue 1 titles with Lyon, said this offered him a new challenge, adding that it’s an honour to succeed Weber, who is his friend.

He further stated that he and Weber have the same principles. So, he will only be making a few changes and not put too much pressure on the goalkeepers.

The former France number one said he chose Dijon to be part of the evolution of the club and its beautiful projects for the future, which include the new training center.

He also said he wanted to work with friends like Luyindula, David Linares, and Sebastien Degrange, whom he said are his friends as well.

Coupet will be training Senegalese international goalkeeper Alfred Gomis, whom Luyindula described as the best in the domestic league.

Coupet during his playing days made 34 appearances for France, during which he won two Confederations cups (2001 and 2003) and reached the 2006 World Cup final.

After starting his career with AS Saint-Etienne, he became a standout player with Lyon, where he won seven Ligue 1 titles, the Coupe de la Ligue (2001) and from the French Cup (2008).

He also had stints with Atletico Madrid and Paris Saint-Germain.

Reacting to the announcement, Dijon’s president, Olivier Delcourt, expressed his excitement at the addition of the experienced lad to the backroom staff.

He said he didn’t hesitate for a second on the choice of the former France goalie. He said it is with great pleasure and pride that the club welcomes Coupet to the team.

He described him as a great professional, whom he said will share his immense experience at the highest level. He also said he was attracted by Coupte’s human values, which is in line with Dijon’s philosophy.