Aulas: Dembele is the player we need now, he goes nowhere 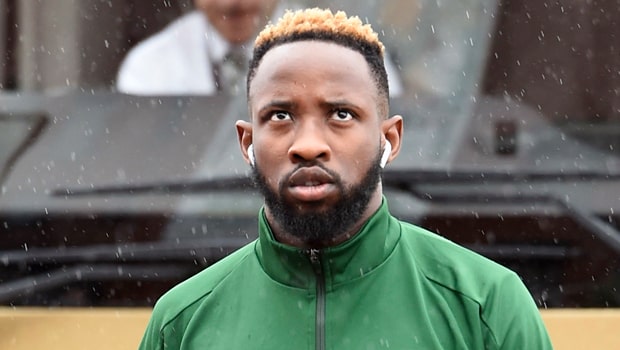 French Ligue 1 club, Olympique Lyonnais, has said that it was not ready to sell its striker, scorer Moussa Dembélé in the winter transfer.

The position of the club was made known by its president Jean-Michel Aulas, who ruled out a winter transfer for the club’s top scorer, “he is a player we need.”

Dembélé, who has 11goals to his credit in the current campaign, has been in superlative form in his second season in the top flight.

Having a good season so far at the Groupama Stadium, Dembele’s  11 goals in Ligue 1 is complemented with another three in other competitions making his total tally to be 14. With this statistic, the former Celtic forward has a scoring rate of one goal every 122 minutes he has played.

The former France U21 forward has been helping Lyon hold up play, which also invites other teammates to score. He also has the ability to link up with teammates.

This has raised his value as some of Europe’s biggest clubs are gunning fr is signature.

However, with fellow forwards, Memphis Depay and Jeff Reine-Adélaïde on the sideline in the long term,  Aulas does not intend to let go of the Frenchman.

The club had a week ago rejected two offers from the Premiership side, Chelsea, who had included striker, Olivier Giroud, in the deal. The French striker has however reportedly agreed a two and half year deal with Inter Milan.

Aulas, who said the club is still standing on its position that Dembele is not for sale in an interview with French radio network RMC, added that the club had said in August that he is an excellent player that is valuable to the side.

He also said that Lyon is very careful in the winter transfer window not to sign a player who will be a direct competitor to their prized asset.

While adding that the situation is not about money, Aulas insisted that the striker will stay.

Sitting on the seventh position of the top flight, with a point adrift of Montepellier, Lyon is still in all competitions, and they have won four of their last five games.

As a result of this development, Aulas is expecting another successful season for the seven-time French champions.

Their next games will be against FC Nantes and LOSC Lille in the two cup competitions on Saturday and Tuesday, respectively, before returning to league duty at home to Toulouse FC next week Sunday.

Lyon are fancied at 1.33 to beat Toulouse at home, while Toulouse are backed at 5.60 to get a crucial away victory.