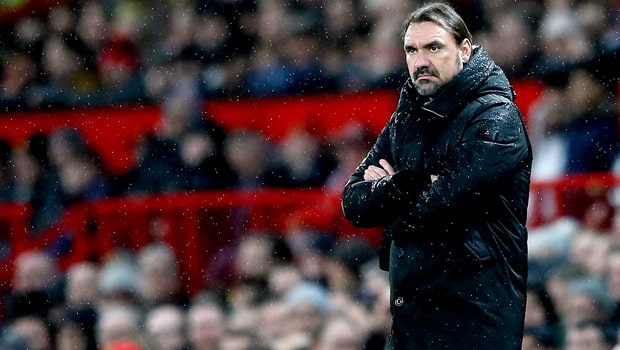 Dafabet sponsored Norwich City have struggled to make an impact in the Premier League after winning the Championship and a promotion last season. The team had remained much the same, despite stepping up a tier and the quality of the squad is now in serious question: only three wins and 14 points in 22 games means Norwich is dead last in the Premier League and the most likely candidate to be relegated to the Championship.

Operating on a shoestring budget for both transfers and salaries, manager Daniel Farke is facing a next to impossible task trying to keep his team up. Work rate and effort have never been a problem for the feisty Norwich, but the team lacks both depth and quality in the hard-fought Premier League. Injuries to key players have not made things easier either. January transfer window has seen Norwich acquire two players so far, with German journeyman midfielder Lukas Rupp joining from Hoffenheim for £450k and Slovakian international attacking midfielder Lukas Duda arriving on loan from Hertha.

Rupp is a versatile and experienced midfielder with more than 130 games under his belt from the German top tier Bundesliga. He has enjoyed spells with Borussia Mönchengladbach, Stuttgart and Hoffenheim during his nine years in Bundesliga. Norwich is his first team abroad. The former German U20 player suffered from cruciate ligament rupture last season and only featured in four games and this season his role at Hoffenheim diminished upon arrival of new head coach Alfred Schreuder.

Ondrej Duda is more familiar name for football followers and a mainstay in Slovakian national team with 36 caps and five goals. He made his mark at Polish side Legia Warsaw before joining Hertha on 2016/2017 season and has featured for the Bundesliga side in 70 games. Last season Duda was one of the best players in his team, playing 32 games in Bundesliga and scoring 11 goals along with 6 assists. This season saw Hertha appoint a new manager, Ante Covic but after things didn’t work out he was sacked and Jürgen Klinsmann took his place. Duda featured in six games under Covic, but only once with Klinsmann, so Norwich came calling at the right time.

Bolstering the team with two established midfielders, one of which was among the better players in Bundesliga last season is no small feat for Daniel Farke – especially on a Norwich budget. Duda has a chance of making an immediate impact, while Rupp should offer plenty of options in the midfield with his versatility and experience. Exactly what the doctor ordered.