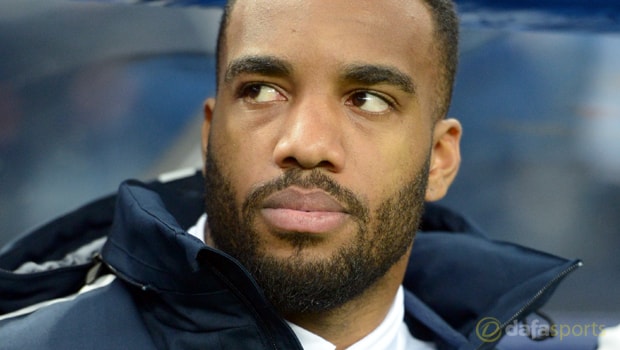 Alexandre Lacazette is set to join Arsenal in the coming days for up to €50million, according to Lyon president Jean-Michel Aulas.

The 26-year-old goalscorer has been heavily linked with a move to the Emirates this summer and Aulas is expecting a deal to be done imminently.

Lacazette scored 37 goals in all competitions for Lyon last season, including 28 in 30 Ligue 1 games. According to the Lyon president, Arsenal will pay a record fee to secure their man.

Aulas had previous stated this summer that the player would be going nowhere, but he is now braced for the move.

“The transfer of Alexandre Lacazette to Arsenal could be completed in a day or two,” he told Le Progres.

“The €67million announced by sources in England is an unrealistic sum. Arsenal’s first offer was €45million and the transfer will be done for a fee of between €45 and €50million.

“Being close to €50million is something unique and would undoubtedly be a record for Arsenal, and also for Lyon of course.”

The France international would be a major coup for Gunners boss Arsene Wenger as he looks to bolster his squad for a Premier League title challenge next season.

A deal for Lacazette, should it be completed, may call into question the future of his international team-mate Olivier Giroud, who has already been linked with a move away from Arsenal this summer.

London rivals West Ham are said to be keen on bringing Giroud in.