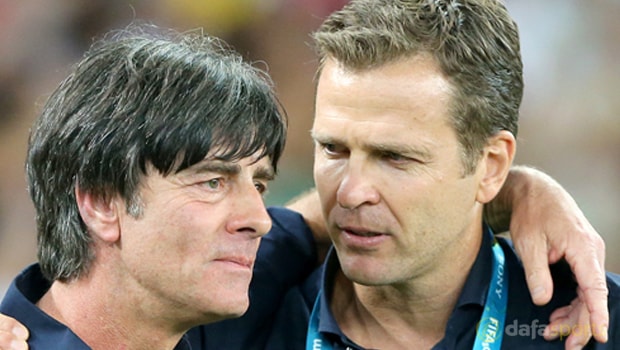 The 2014 World Cup winners were able to rest a number of their key players for the Confederations Cup tournament in Russia, but they still won, defeating Chile 1-0 in the final.

According to Bierhoff the competition for places is a good thing and he says the established players have been served a warning.

“They now know they have to get involved during the year leading up to World Cup. They better not wane.”

The like Real Madrid’s Kroos and Bayern Munich’s Muller are not likely to miss out on the squad for next summer’s World Cup in Russia but the Confederations Cup win, along with European U-21 Championship success, ensures that there is pressure on everyone to perform in the next 12 months.

“It’s important that the players usually part of the team feel there is some pressure,” Bierhoff.

“Someone like Toni Kroos need not worry but there are only a very few untouchables.”