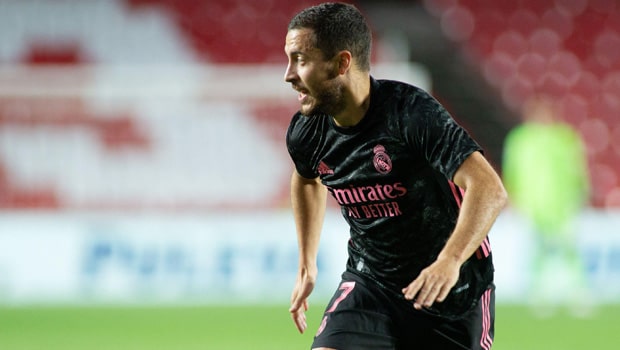 Real Madrid forward Eden Hazard has been named in Belgium’s squad for the Euros by manager Roberto Martinez despite having an injury-laden season.

The former Chelsea forward who joined the Los Blancos in June 2019 in a €100 million deal has struggled for form at the club.

The 31-year-old played just 21 games for Zinedine Zidane’s men this season in all competitions with four goals and a single assist all season as the Los Blancos retained a slim chance of winning the La Liga with a 1-0 won at Atletico Bilbao at the weekend.

Hazard has 106 caps for his country and has scored 32 goals and Belgium will face Denmark, Russia, and Finland.

Meanwhile, Barcelona goalkeeper Marc Andre Ter-Stegen has revealed that he won’t be a part of the German national team to the Euros this summer as he prepares to go for knee surgery to be fit for next season.

The 29-year old revealed his decision on social media after Barcelona’s 2-1 loss to Celta Vigo at the Camp Nou on Sunday which effectively ended the team’s chances of winning the La Liga.

“I have decided together with the medical team of the club that I will do a complementary intervention on my knee. I’m sad that I will miss the EURO 2020 this summer with Germany.” He said.

Ter-Stegen made 42 appearances for the Blaugrana this season and he is expected to recover in time for the next season after the knee surgery.

The Germans will face France, Hungary, and Portugal in Group F.