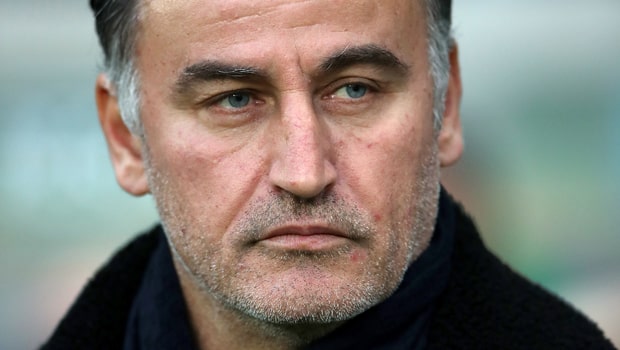 LOSC Lille has kept their Champions League dream alive with a solitary goal win over Nantes on Sunday.

The only goal of the encounter came from Benjamin André at the Stade de la Beaujoire.

With Rennes also maintaining the push for the European lucrative club competition after winning at the home ground of relegation-threatened Toulouse 2-0, Lille will have to get the maximum points, and they succeeded in doing that against a team that shocked second-placed Olympique Marseille last week.

En route to the win, it was looking like the game will end in a stalemate as it was looking like the visitors might not be able to get one past Nantes’ goalkeeper, Alban Lafont after he had produced a series of fine saves, which included José Fonte attempt in the first half. The France under-21 international in the process got injured after landing on the frame of the goal.

The goalkeeper was at his best again in the first interval when he made a fine block to deny Jonathan Bamba from point-blank range. Lille later got the breakthrough and broke Nantes’ resistance shortly after.

Portuguese winger, Renato Sanches swept in a corner from the right-wing in the 58th minute, and André rose brilliantly to head home at the near post for his second Ligue 1 goal since he moved to Lille from Rennes last summer.

With this win, Christophe Galtier’s side has won their five of their last six games and kept five clean sheets. With the win, they are now a point adrift Rennes and are also six points clear of the chasing pack which Montpellier and AS Monaco.

Nantes, on the other hand, are in the bottom half after failing to build on last weekend’s win against Olympique de Marseille.

With this win, Lille has now taken 15 points from their last six outings. Only the leaders Paris Saint-Germain (16) have taken more points in that time.

AS Monaco, which is occupying the sixth position, failed to win their last game at home after going ahead against Stade de Reims on Saturday.

The host had gone ahead in the first half from Wissam Ben Yedder’s penalty but was pegged back in the second half from Hassane Kamara’s strike.