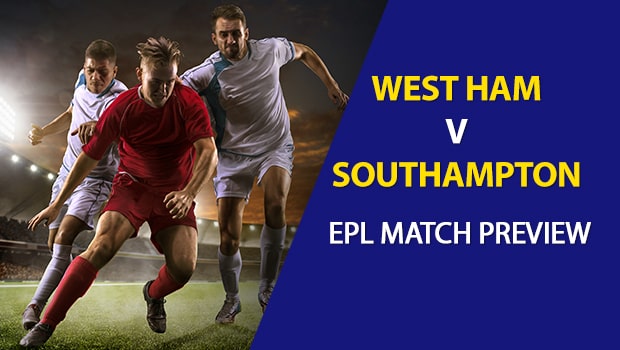 West Ham United played well against Liverpool in a 3-2 road loss last Monday while Southampton is coming off a 2-0 home win against Aston Villa. Will West Ham United come out fired up when they host Southampton at Villa Park on Saturday? Can Southampton get another impressive victory?

Momentum: West Ham United has been on a downward trend — losing 4 of their last 5 in the EPL.

Four-star (out of four) AccuScore hot trend pick on the total in this one. Average total score in simulations is 2.63.