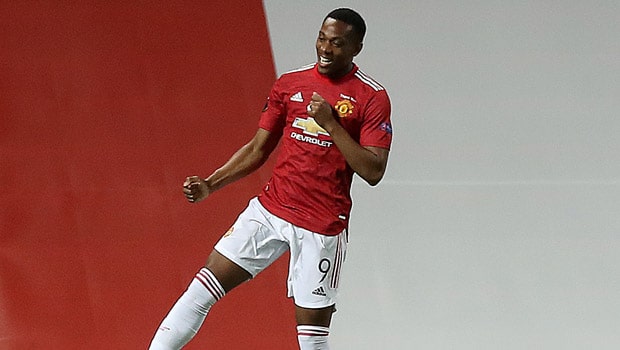 Manchester United beat LASK Linz of Austria 2-1 on Wednesday evening as they thrashed the Austrians 7-1 on aggregate to move into the quarter-finals of the UEFA Europa League.

After the conclusion of the English Premier League last weekend, Manchester United shifted focus to the Europa League to complete the second leg of the round of 16 encounters, which they are already won 5-0 in the first leg played in Austria in March.

LASK Linz took the lead in the 55th minute of the second half of the game before JESE Lingard equalized almost immediately for Ole Gunnar Solskjaer ‘s side.

The game was heading for a 1-1 draw before substitute Anthony martial scored the winning goal with just about less than 5 minutes from regulation time to hand Manchester United another victory in the competition.

Meanwhile, Manchester United united will now face Danish side FC Copenhagen in the quarter-finals of the competition.

FC Copenhagen defeated Istanbul Basaksehir by three goals to one on aggregate after a 3-0 victory in Denmark on Wednesday night in the return leg of the round of 16 matches, which they had already lost 1-0 in the first leg played in Turkey in March.

The quarter-final tie between Manchester United and FC Copenhagen will be played in Cologne in Germany on the 10th of August in what will be a one-legged affair as announced by UEFA.

In other matches played on Wednesday, Shakhtar Donetsk beat Wolfsburg 3-0 and also qualified for the next round of the competition 5-1 on aggregate.

Inter Milan beat Getafe by two goals to nil in their own quarter-final match to qualify for the next stage of the competition.

On Thursday, Bayer Leverkusen will play Rangers, Sevilla and As Roma, Basel will tackle Eintracht Frankfurt and Wolves against Olympiacos Piraeus.