Posted by OLADIPUPO MOJEED on October 6, 2020 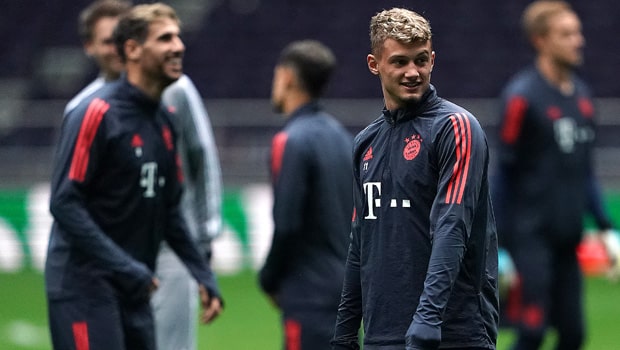 The summer transfer of 2020 has finally come and gone.

Below are the reports of some transfer business done by the French Ligue 1 clubs on deadline day.

Michaël Cuisance has joined Olympique Marseille on loan with an option to buy from Bayern Munich.

The 21-year-old French central midfielder has had an intense seven days. His €20m permanent move to Leeds United fell through at the last minute for unknown reasons. The English club has been targeting throughout the summer as well as André Villas-Boas. The Portuguese finally had the last laugh.

Meanwhile, Bayern Munich also had another business with Marseille concerning Bouna Sarr. The European champions signed the player for €10m.

Sarr is now committed to the Bundesliga giant for the next four years. He has been given jersey number 20.

Bayern had to sign the right-back after missing out on priority target Sergino Dest, who signed for Barcelona.

In another development, Mattia De Sciglio secured a loan move to Lyon from Juventus.

Rudi Garcia, who had a stint with Roma already now the versatile 27-year-old defender and Lyon’s board quickly sanctioned the move on his request.

However, the deal does not include an option to buy.

PSG announced that the deal has an option of permanent buy for the 29-year-old defensive midfielder. They will initially pay a €4m loan fee. They can then decide next summer to buy him permanently for €16m.

Danilo has also been given the number 15 shirt. The Portuguese said it is a wonderful challenge to join the club at the height of his ambitions. He is therefore hoping to bring a lot to the club and its fans.

Meanwhile, PSG has also sanctioned the loan deal of Arnaud Kalimuendo to Lens. The Ligue 1 club has an option to buy the striker after the loan agreement.

The 18-year-old French striker recently signed a two-year contract extension with the Paris club before releasing him on Lens on a loan agreement.

Therefore, they have the power not to sanction his permanent sale to Lens if they change their mind.