Angel Di Maria ‘not as happy’ at PSG 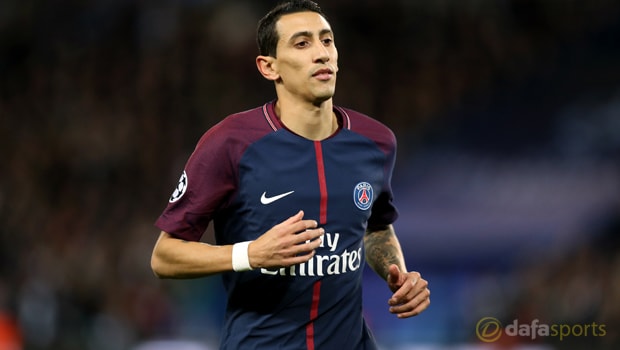 Angel Di Maria admits he is no longer as happy as he once was at Paris St-Germain although he has vowed to fight for his future.

Former Real Madrid and Manchester United playmaker Di Maria has struggled to get into Unai Emery’s first team this season, but he’s refusing to lose heart. Di Maria scored one goal and played a big role in another as PSG beat Strasbourg 4-2 in the Coupe de la Ligue at Stade de la Meinau on Wednesday.

He also scored one and had a hand in two more in the 3-1 success over Lille in Ligue 1 recently, with the 29-year-old Argentine doing everything he can to force his way into Emery’s plans. Asked if he was happy at PSG, Di Maria told reporters: “In Paris, yes.

This season, not as much. I would like to play more. However, I am making the most of the minutes that I get to show that I deserve to be a starter. “It was an important match for us [against Strasbourg].

We had lost in the league. We knew that it would be difficult and that we had to give 100 per cent.” Di Maris has fallen down the pecking order in Paris since the big-money arrivals of Neymar and Kylian Mbappe in the summer.

He joins the likes of Lucas Moura, Hatem Ben Arfa, Javier Pastore and substitute goalkeeper Kevin Trapp in being linked with moves away from the French capital.

Trapp was happy to do his bit in the win at Strasbourg, insisting PSG cannot take their eyes off the ball in any competition. “All PSG players are here to win titles,” he said.

“The biggest, of course, is the Champions League. This is normal.

However, when you play in Paris, you must win titles. The cups are very important even if the Champions League is very, very important”.

Paris Saint-Germain are 5.00 to win the Champions League this season.