Ligue 1: Fight for Europe will be to ‘the bitter end’ – Nzonzi

Posted by OLADIPUPO MOJEED on February 13, 2020 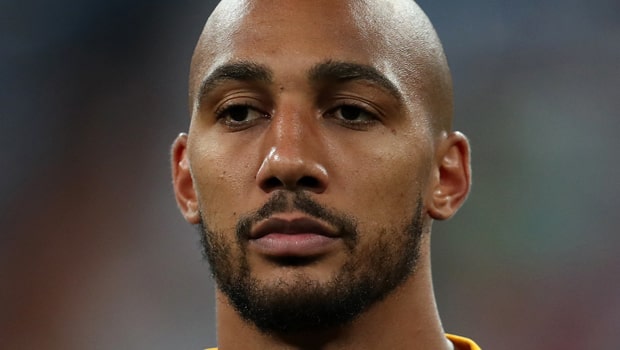 Rennes midfielder, Steven Nzonzi has said that the fight for the Champions League slot in the French Ligue 1 will be till the end,

Nzozi, who joined the Champions League-chasing side from AS Roma in the winter transfer, made his first start in the 3-0 win over fourth division side Belfort.

The Brittany club, which is currently third on the log, has progressed to the Coupe de France semi-finals.

Nzozi made his first start for the club after playing in Rennes’ 0-0 league draw with Brest at the weekend as a substitute.

The Frenchman is upbeat about his new club and the project put in place by Julien Stéphan, expressing delight at making his first start.

He said he felt good, as everything went well, but his legs were a bit heavy. While noting that the most important thing was qualifying, he said it wasn’t an easy game despite the comfortable scoreline.

Nzozi, who said there are never easy games, is happy that his club is doing pretty well.

Speaking of the upcoming games which he described as exciting, Nzozi said Rennes is a very good club, adding that the lads have to be serious to achieve their set objectives and goals in the French Cup and the domestic games.

Rennes seems to have found the mojo again with Raphinha, Mbaye Niang and Jordan Siebatcheu scoring to dispatch the plucky amateurs. Their return to winning ways augurs well to reassert their grip on third place after a loss and a draw.

Speaking further, he said the club is going to try and achieve a third-place finish by fighting to the bitter end at the top of the table, knowing fully well that it won’t be an easy task.

Speaking on his individual goal, Nzozi said he is aiming to return to his very best physically while the rest see out themselves.

Nzonzi, who is a world cup winner with France in 2018, said 17-year-old Rennes midfielder Eduardo Camavinga is a very good young player, adding that what he’s doing at his age is great with his level of diligence.