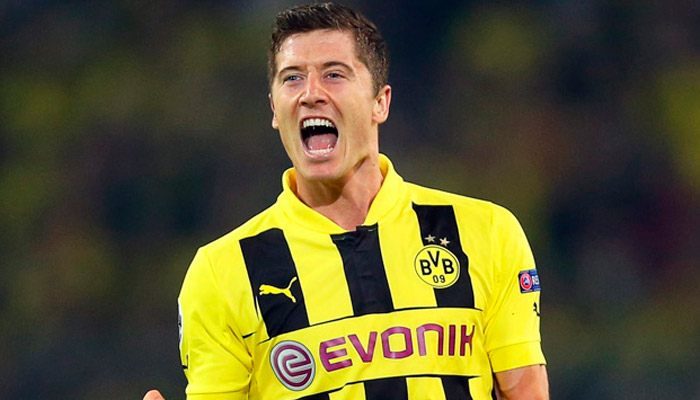 Robert Lewandowski has put the ball back in the court of Borussia Dortmund by revealing he still expects to leave the club this summer.

It follows confirmation from the Champions League finalists that they are not prepared to sell their prize asset to domestic rivals and treble-winners Bayern Munich.

“This is final. We have informed Robert and his advisers.

“The Bayern case is closed, because there was no written offer. If Robert wants to go to Munich, he will have another chance next year.”

The Poland international has 12 months left on his contract and can walk away for nothing at the end of next season. The other option would be for BVB to sell the 24-year-old to a foreign club.

Premier League sides Manchester United, Manchester City and Chelsea have all been credited with an interest in Lewandowski, who scored 35 goals in all competitions last season.

Dortmund have already lost Mario Gotze to the Bavarians and do not want to be seen as a feeder club to their main domestic rival.

Lewandowski countered Watzke’s comments by insisting no decision had been made and he still expects to leave Westfalenstadion this summer.

Speaking to the German Press Agency, DPA, he said: “I do not think that this is the final decision of the board of directors and I expect the situation to change shortly.

“I am enjoying my holiday for now, but I hope things move forward pretty soon and the situation changes. I do not get upset about anything.”