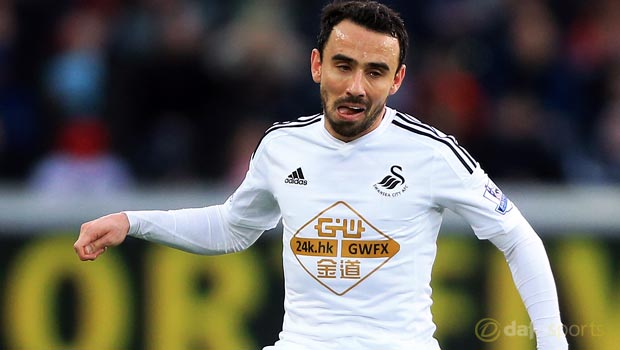 Leon Britton says he cannot spend another season on the bench at Swansea and could look to move on in the summer.

Britton has been with the Swans since the age of 20 and has played in all four divisions for the club, making almost 500 appearances.

However, illness, injury and the form of his team-mates restricted him to just seven appearances last season and, at the age of 32, he wants more regular action.

Talks over his future have already taken place and with boss Garry Monk unable to guarantee him more action, a move looks to be on the cards.

“I spoke to the manager just before the end of the season and we talked about the frustrating season I’d had,” Britton told the South Wales Evening Post.

“I started off with an injury, then I picked up a few niggles and some illness which meant I had to pull out of games which I was supposed to play in.

“Jack Cork has come into the club and he has done brilliantly. I’m not complaining because there are other players who haven’t played as much as they would have wanted.

“When I spoke to the manager, he said that he sees things being very much the same next season, if not (worse) with me being out of the squad completely because he is trying to push young lads like Jay (Fulton) and Matt (Grimes) through.

“They are the future of the club, I understand that.

“But if they take my place in the squad, I am going to be training all week and then running round the training ground on my own on a Saturday, and that’s not what I want at my age.

“I said to the manager that I can’t do another season not playing.”