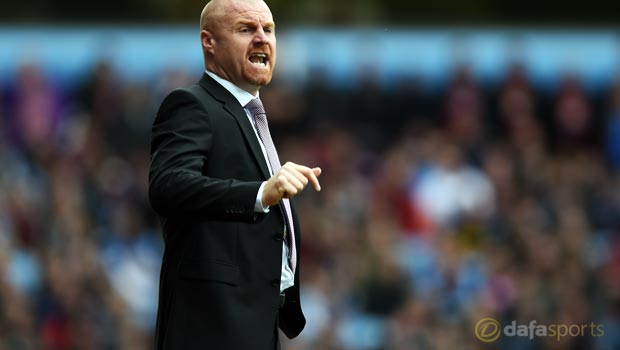 Burnley’s new sporting director Frank McParland believes Sean Dyche still has work to do at Turf Moor and hopes he remains with the Clarets.

Dyche is reported to be on Sunderland’s list of targets as they look to replace Dick Advocaat, but McParland hopes he will get the chance to work alongside him as they plot a return to the Premier League.

Relegation has not prevented Sunderland from pursuing an interest, but McParland says Dyche has unfinished business in East Lancashire and will want to see it through.

“He’s made a real name for himself so I’m not surprised about the links, but I know he’s very happy here,” McParland revealed.

“He was a big part in me coming here and I’m really hopeful that we’ll both start off the season here.

“It was Sean who made the initial call to me, and I went to have a coffee with him and (assistant) Ian Woan.

“There was no offer of a job at that stage, then I met with the owner and the chief executive at the time Lee (Hoos) and gave them my ideas, the things I’d spoken to Sean about. They asked me to join, which I was delighted with.

“Sean has done loads for this club and he wants to do a lot more. Burnley is such an historic club and he’s really keen to push it on.”

Sunderland just managed to avoid relegation last season and are priced at 2.25 to go down in the next campaign, so their next appointment is crucial.

Watford are favourites to drop back into the Championship at 1.67 along with Norwich (2.10) and Bournemouth (2.20).