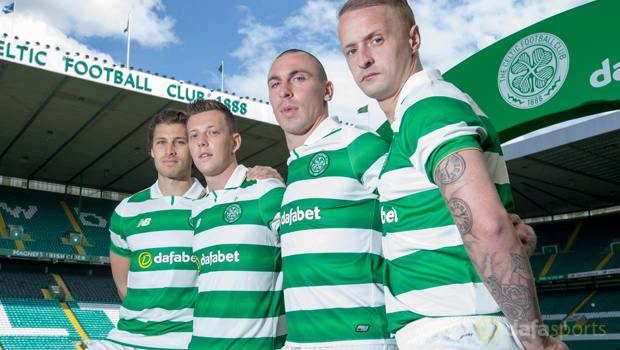 Leigh Griffiths says Celtic will be hungrier than ever next season to cling on to their Scottish Premiership title and make a mark on the European stage.

However, the Hoops frontman insists they must pay attention to what Leicester City have achieved in England’s top flight to ensure they do not relinquish their grip on the title.

Celtic have claimed a fifth straight Scottish top-flight win this season, but Aberdeen pushed them all the way.

With Rangers securing promotion into the Premiership for next season, Celtic will have to be on heir guard, according to Griffiths. “As players, we’re delighted at what Leicester have achieved,” Griffiths said.

“That’s why football is the best sport in the world, but we don’t want any underdogs to win the league up here. We want it to be us.

“That’s the most important thing. Aberdeen ran us close again but, ultimately, we’re going to be champions at the end of the season.

” Griffiths has found the net 39 times for Celtic this season.

With manager Ronny Deila having confirmed he will leave the club this summer, the Scotland international forward says that every player on the Parkhead books must be prepared to come back for pre-season and start afresh under a new boss.

“There will always be competition for places here. I’ll work hard in pre-season and if I’m the man to lead the line again, I’ll be happy,” he said.

“Everybody in the dressing room is going to have a clean slate. The new manager coming in will have his own ideas and hopefully I’m part of that plan.

” Playing amongst Europe’s best remains the driving force for Celtic as a club. “Our main aim is getting to the Champions League.

It’s going to be difficult again, but we’ve got players here, and the manager will have players he wants to bring in and improve the squad to hopefully get there,” Griffiths added.