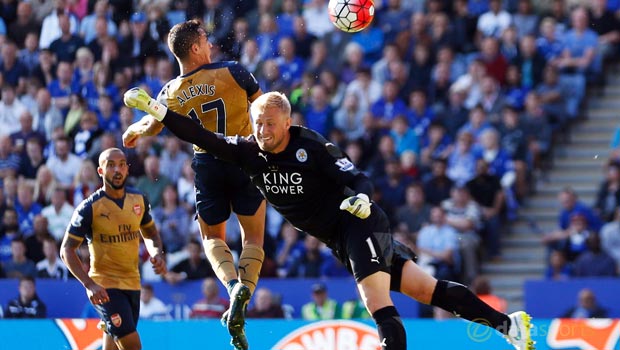 Arsene Wenger says Chilean forward Alexis Sanchez is world class after he scored a hat-trick in the Gunners’ 5-2 win at Leicester City.

Wenger’s old foe Sir Alex Ferguson caused a stir this week by claiming in his latest book that he managed just four ‘world class’
players in his time at Manchester United but Wenger had no trouble applying that tag to Sanchez.

“I think so,” responded Wenger when it was put to him.

“I think I have plenty of players that are world class. You have to understand the definition of that but overall he is a striker who is mobile and works hard for the team. When the team plays well he can score goals.”

Sanchez had been quiet in the early weeks of the season having helped his country to Copa America success on home soil during the summer.

Wenger admitted recently he possibly should have allowed the 26-year-old a longer recovery period following his exploits at that tournament but he feels Sanchez is now back to his peak form and feels he will only get stronger from here on in.

“He is back to his level. He won a big competition with Chile – the Copa America. I think as well mentally to adjust to the game on a mental level takes some time,” added Wenger.

“I could see in training a different player in the last week or two and he has shown that today. I believe going forward he always looked dangerous.”

The Gunners boss admitted he was pleased to see North London rivals Tottenham getting one over the early-season pacesetters Man City.

“You want the distance to the leaders to be as minimal as possible and
(City’s) was a positive result for us, but it’s very tight and you’re in danger everywhere in this Premier League,” said Wenger.

Arsenal face Manchester United at the Emirates next weekend, a game they are 2.05 to win, while they are on offer at 5.00 to win the Premier League this season.