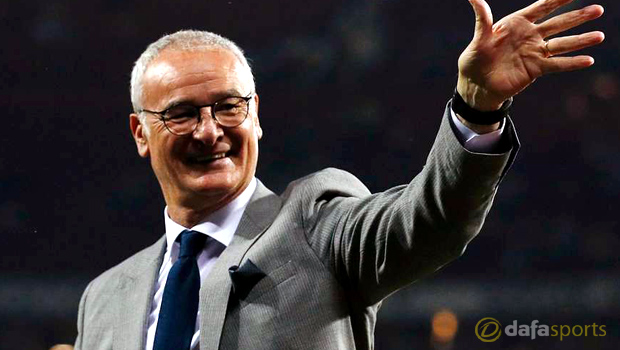 The fixtures for the new campaign were released on Wednesday morning with Claudio Ranieri taking the Foxes to face Steve Bruce’s Tigers first up.

The highlight of the opening weekend sees Liverpool travelling to north London to take on Arsenal at the Emirates.

Antonio Conte is likely to get a warm welcome to life in the Premier League as the new Chelsea manager will welcome London rivals West Ham to Stamford Bridge for his first test.

Pep Guardiola begins his tenure at Manchester City with a home game against Sunderland.

His opposite number in Manchester, Jose Mourinho, takes his Manchester United side to face Bournemouth on the south coast.

After a disappointing end to last season, Tottenham have a tough start to the new campaign as Mauricio Pochettino’s side go to Goodison Park to tackle Everton and their new boss Ronald Koeman.

All three promoted teams begin with home games and while Hull have been given a real challenge against the champions, Middlesbrough entertain Stoke at the Riverside Stadium with Burnley taking on Swansea City at Turf Moor.

Two teams with managerial changes will clash at St Mary’s when Southampton entertain Watford while the opening round of fixtures is completed by West Brom’s trip to Crystal Palace.

Among the key early-season dates to note is the first Manchester derby between Mourinho’s United and Guardiola’s City on the weekend of September 10 at Old Trafford.

Manchester City are 2.88 to win the Premier League title next season while Manchester United are 5.50.