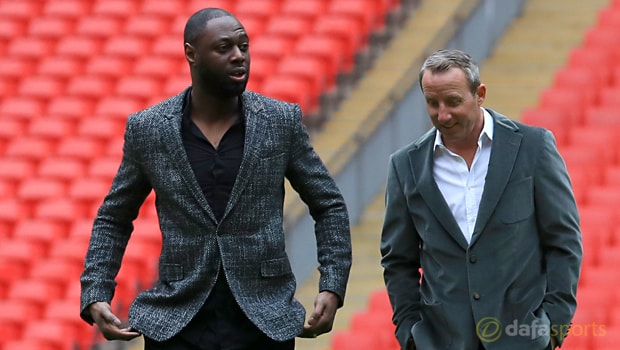 Former Tottenham captain Ledley King believes the Lilywhites are on the verge of breaking their trophy duck this season.

Mauricio Pochettino’s young side have again impressed with their exciting attacking play and despite being 10 points behind Chelsea, look the favourites to catch them in the Premier League.

Their best chance of silverware, however, may come in the FA Cup where they face the Blues, whom they beat 2-0 in January, in next month’s semi-finals.

Spurs are 4.50 to win the FA Cup, with Antonio Conte’s side the 3.00 favourites and Manchester City and Arsenal priced at 3.25 and 5.00 respectively.

King was part of the last Tottenham team to lift a trophy, captaining them to a 2-1 victory against Chelsea in the 2008 League Cup final.

The former England defender still works at the club in an ambassadorial role and has watched on as Pochettino has developed the squad since arriving at White Hart Lane in the summer of 2014.

He admits he is feeling positive about the Argentine’s reign and believes he is close to guiding his side to the club’s first silverware for almost a decade.

“I feel like he (Mauricio Pochettino) is on the verge of doing that (winning another trophy),” King is quoted as saying by Outside 90.

“We’re in the semi-finals of the FA Cup and we have a tough game against Chelsea.

But it’s the game that we can win, we beat Chelsea already this season.

“So yeah, I really do feel the players and the manager are on the verge of something special.

“So hopefully it would be nice to get a trophy, starting this season.”