Aston Villa: Lambert tries to move on from distraction 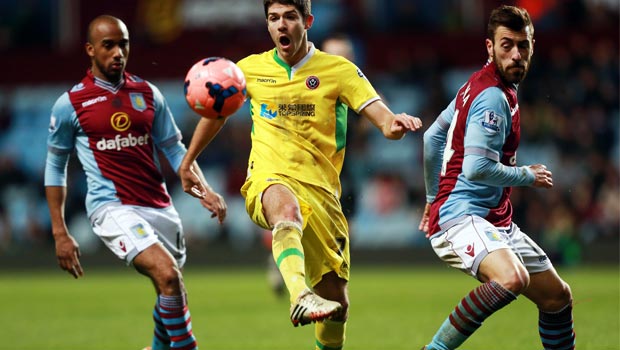 It will be interesting to see how fans react after Paul Lambert’s ‘distraction’ of FA Cup proved to be a brief one as his Aston Villa side was dumped out of competition at first hurdle by League One strugglers Sheffield United.

The Villans boss perhaps surprised one or two people earlier in the week with his controversial comments but he insisted that he meant no disrespect and that his words had been taken out of context.

That seemed to count for little as the Premier League outfit struggled at home again, losing 2-1 to a side one point clear of the League One relegation zone.

Jamie Murphy gave the Blades the lead in the 20th minute before substitute Nicklas Helenius hit a barely deserved equaliser with 15 minutes to go.

However, Nigel Clough’s men booked their progress to the fourth round thanks to Ryan Flynn’s superb winner in the 80th minute, and Lambert insisted that he was massively disappointed by the result.

Lambert said: “I am bitterly disappointed, especially after a really good win on Wednesday. I picked a really strong side to try to get through.”

Lambert had made just three changes to the side that beat Sunderland on New Year’s Day but it seemed to be the same old story for Villa who, with just two home Premier League wins to their name this season, were booed off at the final whistle.

Villa seem to be in the relative safe position of 11th in the Premier League table, lying six points clear of the relegation zone, but do face a very difficult run of fixtures when they host Arsenal on January 13, with a home clash against rivals West Brom sandwiched by two trips to Merseyside to take on Liverpool and Everton.