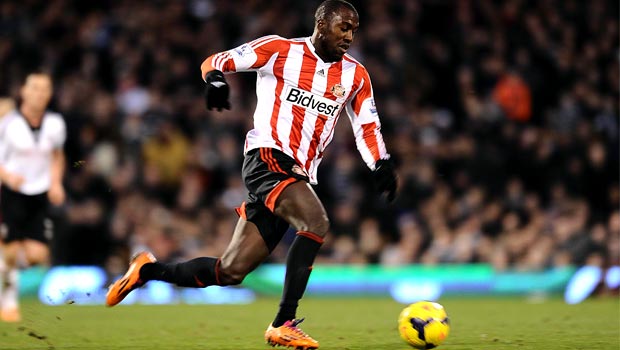 Sunderland boss Gus Poyet hopes striker Jozy Altidore steps up and shows him what he can do after being dropped for last Sunday’s Capital One Cup final.

The United States international has only scored two league and cup goals in 32 appearances for the Black Cats, and Poyet went with other options in pursuit of silverware. Fabio Borini led the line for Sunderland and it paid off to a degree, with the Italian finding the net in the first half, before they were eventually beaten 3-1 by Manchester City.

Altidore turned his attention to his country’s midweek friendly against Ukraine but may now get the opportunity to show his ability at club level when Sunderland take on Hull in the FA Cup quarter-finals.

Poyet admits it was hard to drop the forward, but now hopes that the 24-year-old can react in the best way possible.

“It was hard to leave him out but I needed to make the bench something I was comfortable with,” he told the Daily Express. “I have a responsibility for the team. It’s not nice, I don’t like doing it but he has to cope with it.

“Let’s see how he reacts. I look forward to seeing what type of character he is. I’d like him to prove me wrong. He should take his frustration out on the pitch.

“It’s up to him. We saw it with Lee Cattermole. He is playing on Sunday but is that because of me? No, it is because of him. It’s that simple. I would like Jozy to do the same – to show he deserves to play on Sunday and he will do well enough to play against Palace and Norwich.”

Poyet’s side are currently 3.37 to progress through to the semi-finals and book another day at Wembley, but Steve Bruce’s side are the favourites at 2.13 to secure a semi-final place.