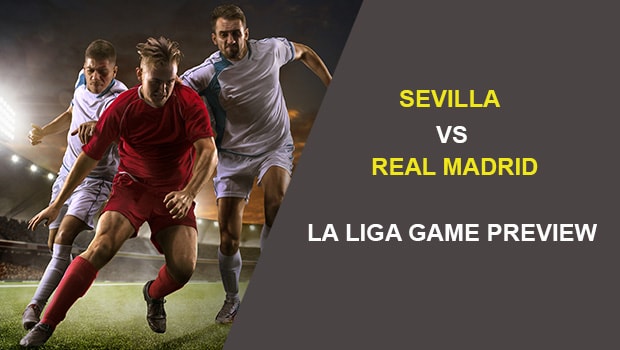 Sevilla hosts Real Madrid in a must-win game for the defending La Liga champions next Saturday. Sevilla is coming off a 1-0 road win against Huesca last Saturday while Real Madrid lost 2-0 on the road against Shakhtar Donetsk in the UEFA Champions League on Tuesday. Sevilla is fifth in the La Liga standings with 16 points in nine games while Real Madrid is in fourth place with 17 points in 10 games. The game will be played behind closed doors because of the COVID-19 pandemic. Let’s take a closer look at where the value is at in this matchup.

Momentum: Sevilla has been on an upward trend — with 5 straight wins.

Four-star (out of four) AccuScore hot trend pick on the Under in this one. Average score in simulations is Sevilla 1.09 to Real Madrid 0.96.