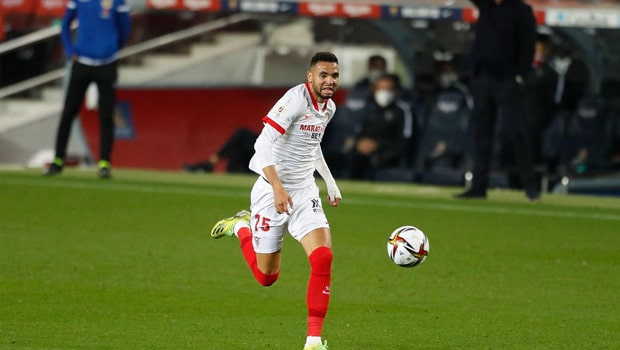 A goal in each half was enough for Sevilla to get a 2-0 victory over Elche in the Spanish La Liga on Wednesday evening.

Both teams played at the Ramon Sanchez Pizjuan Stadium as Sevilla got the result that helps strengthen their place in the top four of the La Liga standings.

After crashing out of the UEFA Champions League last week with a 5-4 aggregate loss to Borussia Dortmund of Germany, Sevilla needs to focus on the La Liga if they want to get back into Europe next season.

The team drew 2-2 against Dortmund last week and they returned to La Liga with a 1-0 victory against Real Betis at the weekend before the visit of Elche.

The match is a rescheduled game from Round 2 and Sevilla led just before halftime after a sloppy start to the game.

Youssef En Nesyri scored the opening goal with a header in the 43rd minute which is his fourth goal in the last three matches in all competitions.

Franco Vazquez doubled their advantage in the 89th minute to secure the three points for Sevilla in the game.

The win puts Sevilla at 54 points from 27 games played, which are now nine points ahead of fifth-place Real Sociedad.

Furthermore, Sevilla is mathematically in the La Liga title race as they are nine points behind Atlético Madrid’s, five points away from second-placed Barcelona, and three points behind third-place Real Madrid.

Meanwhile, Elche is just a point away from relegation spots with 24 points from 27 games, sitting in 17th place one place above Alaves in 18th position.