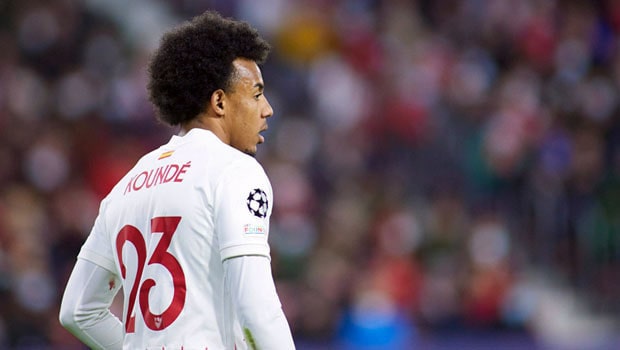 Reports indicate that the player could undergo medical in the next two days after pointing out Stamford Bridge as his preferred destination.

Kounde has been on the radar of Barcelona for months, while Thomas Tuchel has eyed the Sevilla defender before his injury in June.

However, Chelsea have had businesses on the backline with Kalidou Koulibaly joining from Napoli, and although they had eyes on Nathan Ake, they have cooled interest in him.

Similarly, Danish defender Andreas Christiansen has moved to Barcelona on a free transfer after running out of his Chelsea contract.

Similarly, Skipper Ceaser Azpilicueta is having discussions with Barcelona about a possible move to Camp Nou.

Antonio Rudiger was one of the defenders to leave after going to Real Madrid at the end of last season.

Chelsea finished third behind Manchester City and Liverpool on the Premier League table last season, and with the takeover by a consortium led by Todd Boehly, the Blues have managed to bring in Raheem Sterling from Manchester City to the club.

Meanwhile, in other transfer stories, Manchester City were reportedly offered Brazilian forward Neymar by PSG in a proposed swap deal in exchange for Bernado Silva.

Neymar Jr is currently likely to the sold by the club, paving the way for a possible exit.

Meanwhile, newly promoted Nottingham Forest have signed two players, Lewis O’Brien and Harry Toffolo, from Huddersfield ahead of their return to the Premier League.

Both players cost Forest a total of £10M pounds and had played for Huddersfield against Forest in the championship playoffs last season.

Harry Toffolo, 26, stated his delight at joining the Premier League side.

“To join a football club with this much stature is fantastic. I’m extremely delighted to be here. To have the opportunity to play in the Premier League is something I couldn’t turn down.” Toffolo said.