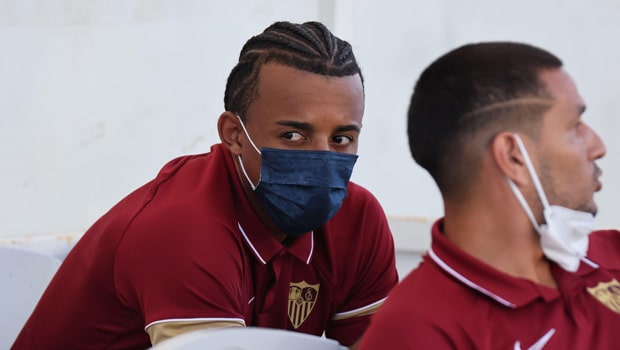 Premier League club Chelsea has shown interest in signing Sevilla defender Jules Kounde who they have made their top priority for the summer.

The defender is rated highly in the La Liga and has a release clause of €80m (£68.4m) and is also interested in joining the Premier League but with a club that has a Champions League opportunity next season.

Meanwhile, the London club is said to be uninterested in paying the buy-out clause of the 22-year-old amid the Blues interest in Borrusia Dortmund striker Erling Haaland.

The Norwegian forward is valued at £150m by Dortmund who has insisted that they are not ready to sell another star after selling Jadon Sancho to Manchester United.

However, the European Champions are ready to include Kurt Zouma in the deal to bring Jules Kounde to Stamford Bridge.

The French defender joined Sevilla from Bordeaux in 2019 and he was featured for the World Cup champions at the Euro 2020 after playing 33 matches for the Seville-based side last season.

Chelsea starlet Dynel Simeu has completed a £1.5 million move to Southampton ahead of the 2021-22 season.

Dynel Simeu signed a three-year contract at St Mary’s stadium although his first point of call will be at the team’s B-side after a £1.5 million that was agreed last week was made official Wednesday.