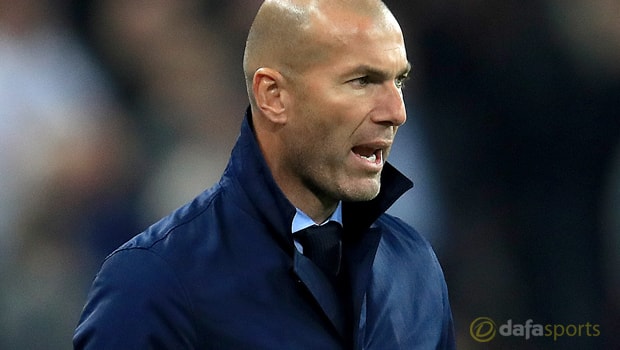 Zinedine Zidane has confirmed he has signed a new contract that will see him remain as Real Madrid manager until the summer of 2020.

The Frenchman, who recently celebrated his second anniversary as Los Blancos manager, enjoyed a successful first 18 months in charge at the Bernabeu, as he guided Real to back-to-back Champions League titles as well as La Liga glory last season.

However, things have not gone so smoothly for the 45-year-old this term, as Real are currently 16 points behind fierce rivals Barcelona in the league standings, while Wednesday’s 2-2 home draw with Numancia in the second-leg of their Copa del Rey Round of 16 tie means they have only won one of their last four matches in all competitions.

Despite that draw, Real have still advanced through to the last eight of the Copa del Rey and, after the match, Zidane revealed that he has signed a contract extension with the club, although he knows that means nothing if his side fail to prove their credentials on the pitch.

“It (the new contract) is already signed. I have until 2020,” Zidane was quoted as saying by AS.

“I go match by match, year by year, like last year. I cannot look two or three years ahead because having the contract does not mean anything.”

Zidane is certainly aware that his side must improve on their recent results, with Real returning to La Liga action this weekend when they play host to Villarreal on Saturday.

“We’re always going to get criticism but we’re going to try to change this situation,” he added.