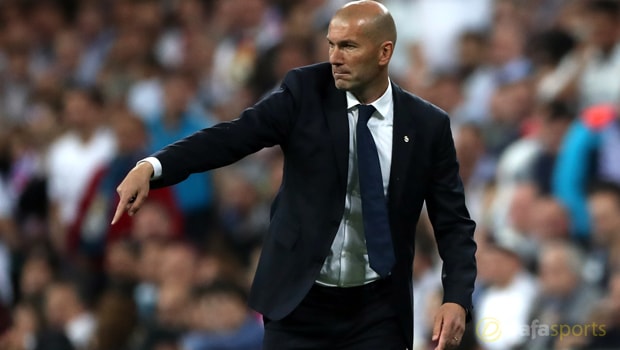 Zinedine Zidane admits it will be ‘something special’ when he leads Real Madrid into battle with former club Juventus in next month’s Champions League final in Cardiff.

Real Madrid overcame a spirited second-leg fightback from city rivals Atletico to book their spot in a third Champions League decider in four seasons, coming through 4-2 on aggregate after losing 2-1 at the Vicente Calderon on Wednesday evening.

It means a repeat of the 1998 decider in the Amsterdam Arena when Predrag Mijatovic’s goal saw Real Madrid crowned champions of Europe for the seventh time.

Current boss Zidane was in the Juventus side that night, with the French playmaker winning two Serie A titles during a five-season stint in Turin before switching to the Spanish capital in 2001 where he would help Real to more Champions League glory a year later – scoring a stunning goal at Hampden Park in their win over Bayer Leverkusen.

Zidane now has the chance to help Madrid become the first team in the Champions League era to retain Europe’s most sought after trophy, but he concedes Juventus still hold a special place in his heart.

“It has been a very important club for me in my career and I keep it as a club that has given me everything.

It is going to be something special,” said the Real Madrid manager.

An early strike from Saul Niguez plus an Antoine Griezmann penalty gave Atleti hope in the second leg, but Isco’s crucial away goal before half-time effectively killed their momentum and Zidane feels his team are worthy of a place in the final.

“We are very happy, happy to reach the final again. It is all merited, especially for the players who have worked so far.

It’s deserved,” he added. “We had difficulties at the beginning, we got two goals, but we did not have to worry.

We knew we were going to have chances.” Real Madrid are 1.80 to win the Champions League while Juventus are 2.00.