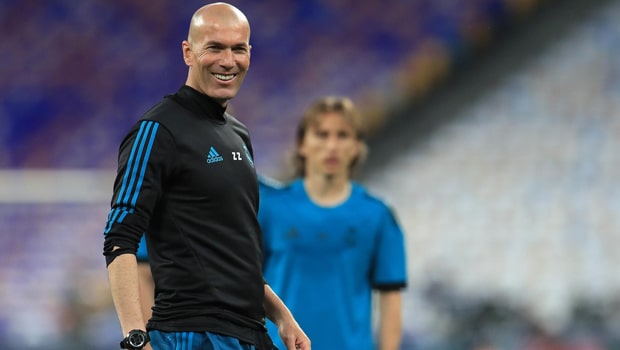 Real Madrid boss Zinedine Zidane says he and his players have a ‘duty’ to perform better following their 1-1 draw at Leganes in La Liga on Monday.

Los Blancos had looked on course to lose an unprecedented 10th league game of the season when Jonathan Silva fired Leganes in front on the stroke of half-time, but Karim Benzema levelled after the restart to save some of his team’s blushes.

Real seemingly have little to play for between now and the end of the season, as they are 13 points behind La Liga leaders Barcelona with just six matches left to play and they have already been knocked out of both the Champions League and Copa del Rey.

It does seem like Real’s season may be petering out, but Zidane insists both he and his players have a duty to give their all between now and the end of the campaign. “I as the coach and they as the players have to try,” Zidane told reporters.

“We have to try and perform better because it’s our duty.”

One player that has been impressing for Real of late is goalscorer Benzema, who has now netted seven goals in Real’s last six league games.

The former France international has been heavily linked with a move away from the Bernabeu this summer and Zidane has praised his compatriot from ignoring such speculation.

“Benzema is having a very good season, particularly as far as goals are concerned,” Zidane added. “He’s used to rumours, but that won’t change anything for him.

He’s shown his character and he’s doing a good job for the team.” Real could still overtake city rivals Atletico and finish second in La Liga this season.

They are next in action when they welcome Athletic Bilbao to the Bernabeu on Sunday and they are priced at 1.44 to win that match, while the visitors are available at 7.50 and the draw is on offer at 4.75.